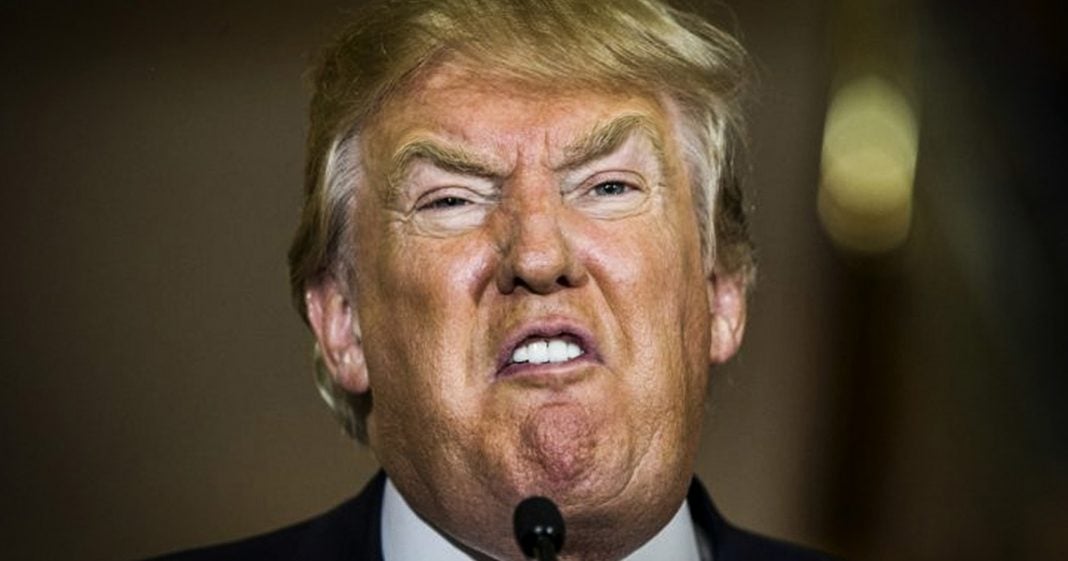 According to a new report by Politico, staffers at the White House are living in a constant state of fear, afraid to even bring their cell phones with them to work. Paranoia has gripped the Trump White House from the very top to the absolute bottom, and that’s not helpful for our democracy. Ring of Fire’s Farron Cousins discusses this.

Politico said that workers, staffers at the White House are so paranoid right now, that they won’t even bring their cell phones into work with them anymore. This paranoia, again according to Politico, has created different factions within the White House. Different groups of paranoid people accusing the others of being the bad guys, to the point that work is coming to a standstill because everybody’s afraid of being pointed out or being revealed or even misidentified as the leaker.

Our government, because of Donald Trump and his paranoia, and his ego and his narcissism, is grinding to a halt. Donald Trump is a very paranoid person. While I would not put it above him, for him to be the leaker, or for him to be directing someone to be the leaker, it’s his mental state, his mentality that has infected that entire White House. We have seen paranoid presidents in the past. Richard Nixon was hugely paranoid. Things didn’t work out so well for him. I don’t think there’s too many people in this country that don’t believe that Trump is headed down that same Nixonian path, towards the same Nixonian end, really. Because, at this point, two months, less than two months into Donald Trump’s first term as president, things are falling apart. Nobody in his administration trusts one another. Nobody in his administration believes one another. Nobody in the American public believes what the White House says. We don’t trust him either.

When you have a White House that can’t even get its staffers to trust one another, it can’t get its staffers to trust their bosses, and their bosses to trust Donald Trump. How in the hell is the public supposed to have any faith in this institution anymore? When your workers are so terrified of you violating their constitutional rights that they won’t even bring their phones with them into work anymore, you have created a hostile work environment. You have created a system that people do not want to be a part of.

You may think that that’s fine. That’s just part of the job, but eventually you’re going to run out of people to do the daily tasks that keep the White House and the federal government functioning. We’ve seen what happens when parts of the federal government shut down. Luckily, we’ve never had to see what happens when a presidency shuts down, but if this report from Politico is any indicator, if what’s happened in the last two months is any indication, we are likely headed towards some sort of White House meltdown dysfunction. Hopefully, we can pull back from that, but the damage that the White House is doing, not only to these people that work for them, but to the institution itself, at this point, might not be able to be repaired.