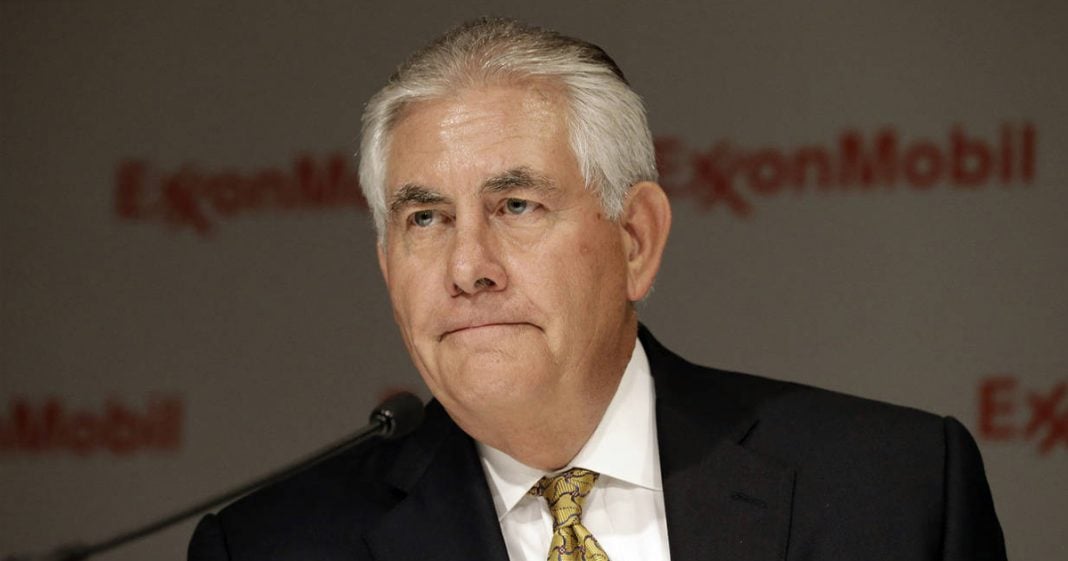 Secretary of State Rex Tillerson appears to have bungled his first major trip as SoS and is choosing to blame South Korea rather than himself.

Insulting a U.S. ally, Tillerson accused the South Korean government and press of lying about him when they reported that he was “fatigued.” Tillerson said that he did not miss a dinner with South Korean leaders due to being tired, but rather because he was never invited.

This is contrary to reports from Korea Herald which claimed that Tillerson was cutting his trip short after experiencing fatigue, missing dinner meetings with South Korean Foreign Minister Yun Byung-se and acting President and Prime Minister Hwang Kyo-ahn.

According to Tillerson who sought to correct the record, that account was untrue.

Speaking with the sole reporter allowed to accompany Tillerson, conservative journalist Erin McPike, the Secretary of State said that he did not cancel the meeting, but was never even invited.

“They never invited us for dinner, then at the last minute they realized that optically it wasn’t playing very well in public for them, so they put out a statement that we didn’t have dinner because I was tired.”

It appears that Tillerson, just like his boss, has no problem of accusing government officials of serious allegations. Those in South Korea will no doubt be incredibly offended that the State Department accused South Korean leaders of both lying and bad hospitality – in no way a boost for diplomatic relations.

The real irony of this story, however, is the fact that it is solely the fault of Tillerson that he received unfair coverage during his trip. By refusing to be accompanied with members of the press, the usual practice, he left U.S. journalists with no other source for his activity than foreign press.

If Tillerson had allowed the usual journalists to cover him, this possibly false report might never have penetrated the U.S. media.