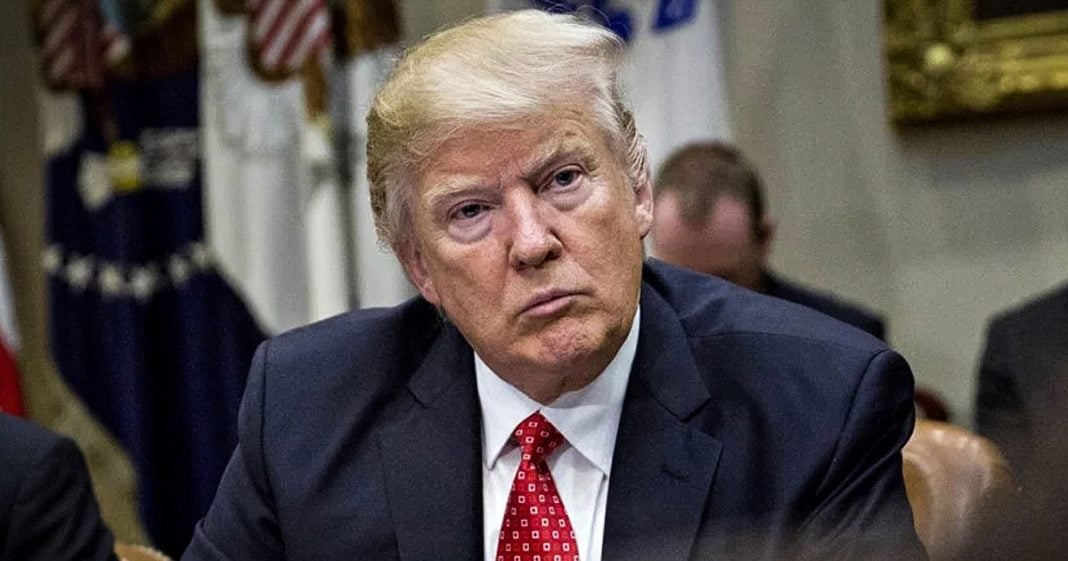 When asked about cuts to after-school programs that help feed children, a White House spokesperson said that the budget cuts were due to the fact that these programs don’t actually help kids do better in school.  The facts disagree with the White House, but that’s beside the point – why would anyone think that feeding hungry children is a bad idea? Ring of Fire’s Farron Cousins discusses this.

After Donald Trump’s disastrous budget was unveiled and it was revealed that he wanted to cut after-school program for kids all across the country in public schools, a White House spokesperson was asked point blank, “Why in God’s name would you want to cut these programs for needy children?” to which the spokesperson replied, “There’s no evidence that these programs benefit kids in school. There’s no evidence that these programs help kids do better in school. When we looked at these metrics, we decided to cut any programs that weren’t directly helping kids in school, helping them to do better in school, and that’s why these after-school programs are getting axed.”

Well, first of all, there is plenty of evidence that suggests that after-school programs do in fact help children do better in school. They bring up grades. They bring up attendance, participation, and all other metrics increase because of these after-school programs. Several independent studies have proven that. First of all, the White House was absolutely lying about that, but there’s another piece of this puzzle.

The after-school programs, the morning programs that are being cut, it’s not just for parents to go drop off their kids and say, “Hey, you deal with them.” It’s so parents can go to work because not every job in the United States starts after school has begun. Some parents have no choice but to send their children to the morning care or after-school care programs, but the most important point is that these program aren’t just publicly funded babysitters. They provide meals to hungry children, many of whom those will be the only meals that they eat on those days. That’s the biggest problem with these budget cuts.

They’re literally taking food out of the mouths of needy children who otherwise will not get fed. One thing that people across the country don’t typically understand is why when there’s a big snow coming, schools wait till the very last possible minute to cancel school for that day even though we know people aren’t going to be able to go in. It’s because, again, many of these kids who don’t get to school that day, they don’t get to eat.

Everybody, especially Republicans, want to think that every child in this country’s taken care of. When they’re at home, they have three meals a day, breakfast, lunch, dinner, fully nutritious, packed with healthy things, and they go about their lives. That’s not the case. That’s not case for most children in this country. Kids are going hungry in the United States, and Donald Trump wants to take even more food away from them by cutting these morning and afterschool care programs.