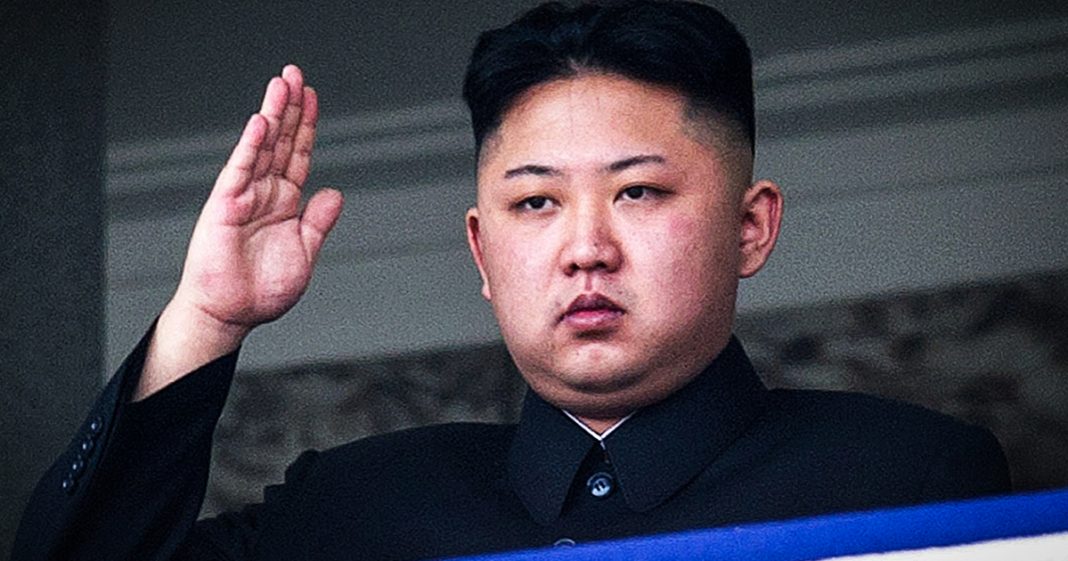 Secretary of State Rex Tillerson suggested after a canceled meeting with South Korean officials that the United States will not rule out a preemptive strike against North Korea. They’ve also stated that they believe North Korea will “go nuclear” on day one, meaning that the Trump administration could be leading us straight into a nuclear war with North Korea. Ring of Fire’s Farron Cousins discusses this.

Secretary of State Rex Tillerson is traveling abroad this week and he actually had a meeting in South Korea that was cut short, but he was discussing with the South Koreans the growing tensions between them and North Korea. Following that meeting, Rex Tillerson told the press that he would not rule out a preemptive strike by the United States against North Korea if they continue to escalate their nuclear programs to what he calls an unacceptable level. Here’s what is actually happening right now with Tillerson’s comments. Tillerson is already ready to launch a preemptive strike. You would not suggest as much if you weren’t ready to do this. You would not suggest it if it’s something that you and your administration and military officials had not already discussed.

Here’s the thing about preemptive strikes, right? When you preemptively attack someone, you are the aggressor. You are the invading occupying force. We’ve seen too much of that this millennia. We had in Iraq. We’ve had in Afghanistan and Pakistan. We do not need to go into another country preemptively and try to overthrow a dictator to, I guess, spread democracy. Now, I understand that what Kim Jong-un is doing to the people in North Korea is atrocious. He is a horrible person and we need to address this, but Tillerson also commented that North Korea appears ready to go nuclear on day one of any act of aggression between the North and South. They’re ready to go nuclear, according to Tillerson, so if the United States goes in there as the aggressor, we know that North Korea wants to respond by detonating nuclear weapons.

How does that become a smart decision? Do they have missiles that can reach the mainland of the United States before detected? Probably not, but does that mean that they couldn’t get a nuclear weapon over here and detonate it? No. They absolutely could, especially when you have a moron like Donald Trump, a moron like Rex Tillerson running this country and our foreign policy. We don’t know the full extent of North Korea’s nuclear capabilities or their military capabilities. All we have to go on is history, and so far the United States doesn’t have a very good history in Korea, but Rex Tillerson, Donald Trump, this administration, is already deciding that a preemptive strike may be necessary.