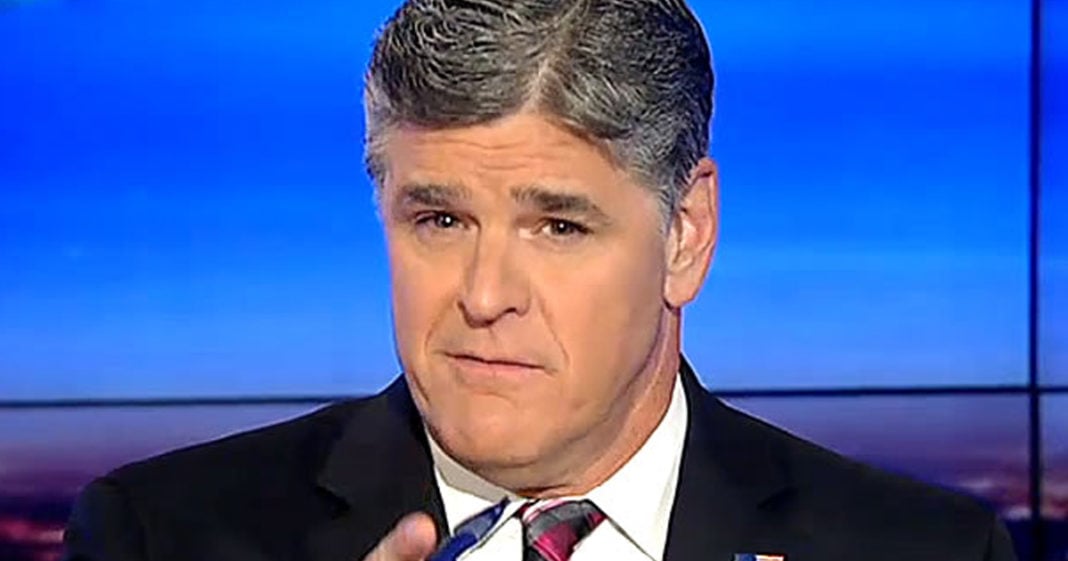 While we are all too aware of the negligence at Fox News concerning the treatment of women and the overwhelming prevalence of sexual assault, there is apparently another major issue at Fox that has actively been covered up: gun violence.

According to CNN’s Dylan Byers who says he has spoken to three difference sources at Fox to confirm this story, Fox’s Sean Hannity once pulled a gun on set, pointed it at a liberal black guest, and engaged his laser sight.

The incident occurred in October of 2016 after Hannity ended an interview with liberal commentator Juan Williams. Sources say that not only did Hannity pull the gun and point it at Williams’ body, but also engaged the gun’s laser sight and allowed the red dot to move around his body.

Hannity has defended his action, saying that he never broke any gun laws or rules. Williams has said that he never felt “in harm’s way,” yet colleagues of Hannity reported the incident to Fox executives who appeared to dismiss the incident.

Fox defended Hannity, saying that the conservative host is a long-time gun expert. As for the incident? Fox concluded that no one was put in danger at all.

While Hannity has defended his actions, the reality is that anyone who knows anything about guns or gun safety knows that it is never acceptable to point a gun at a human being unless you are planning to shoot and kill that person.

The reason for this is simple: every year, dozens of people accidentally discharge their firearms while cleaning them or while horsing around. People leave loaded guns lying around for children to discover, or a well-meaning gun cleaner will forget to double check for any shells in the chamber. Even the most seasoned gun pro can make a mistake, which is why horsing around with a deadly weapon is never a good idea.

For Fox News to so easily dismiss this incident indicates that once again, the network is more than willing to turn a blind eye when men in their network do bad.