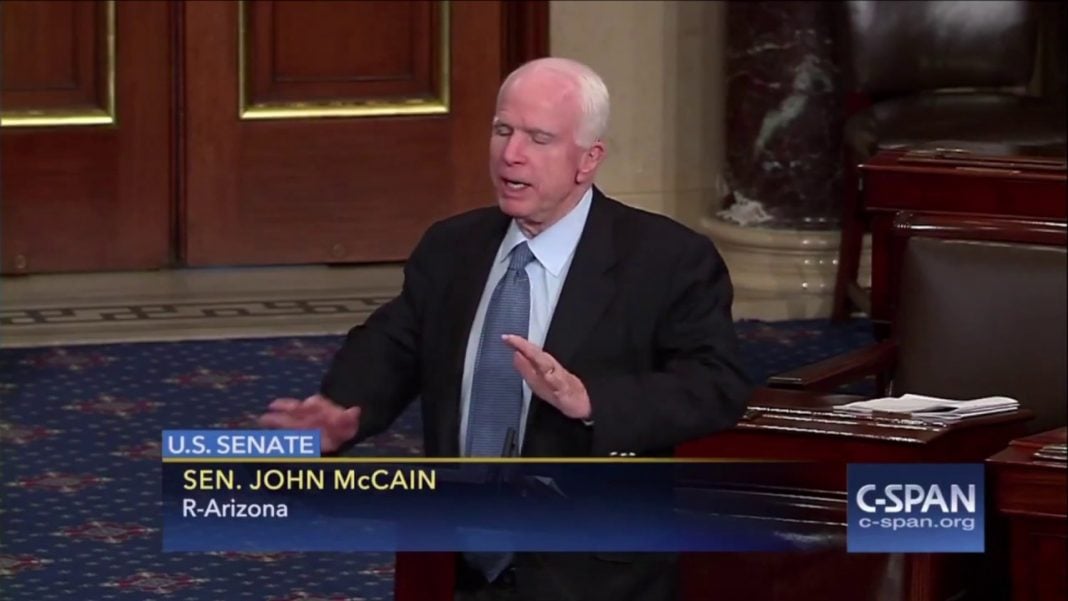 On Wednesday, the US Senate debated a bill that supports Montenegro’s efforts to join NATO. Senator John McCain has pushed for the bill but has faced opposition from fellow Republican Senator Rand Paul.

Sen. McCain laid out his argument, charging that anyone that did not support Montenegro’s move to join NATO was “achieving the objectives of Vladimir Putin.”

When Sen. McCain asked for unanimous support to move forward with the measure, Sen. Paul simply stood up, said “I object,” and left the room.

Sen. McCain was not happy with Sen. Paul’s objection, aiming a sharp rebuke toward the Kentucky Republican:

“I note the senator from Kentucky leaving the floor without justification or any rationale for the action he has just taken. That is really remarkable, that a senator blocking a treaty that is supported by the overwhelming number, perhaps 98—at least—of his colleagues would come to the floor and object and walk away – and walk away. The only conclusion you can draw when he walks away is he has no justification for his objection to having a small nation be part of NATO that is under assault from the Russians. So I repeat again, the senator from Kentucky is now working for Vladimir Putin.”

Montenegro is a tiny state, on the Adriatic Sea, with only 1,950 active military members. But it is a key cog in a possible proxy war with Russia. Sen. McCain says that Montenegro joining NATO could stabilize the region and protect it from Russian aggression, whereas Russia would love for Montenegro to serve as a friendly port on the Adriatic.

McCain’s tough talk on Russia and his attempts to pull Montenegro to the West are nothing new. But picking a fight with Russia over a country that has fewer people than Nashville and less than 2,000 military members doesn’t make sense, unless you look at McCain’s ultimate goal: a new Cold War.

McCain was formerly a defense spending watchdog, but has recently called for drastic increases in the military budget. Why did McCain shift? Defense contractors spent hundreds of thousands in lobbying efforts toward McCain in 2016 and now he is simply doing their bidding. While McCain accuses Sen. Paul of working for Putin, it is clear that he is working for the lobbyists.