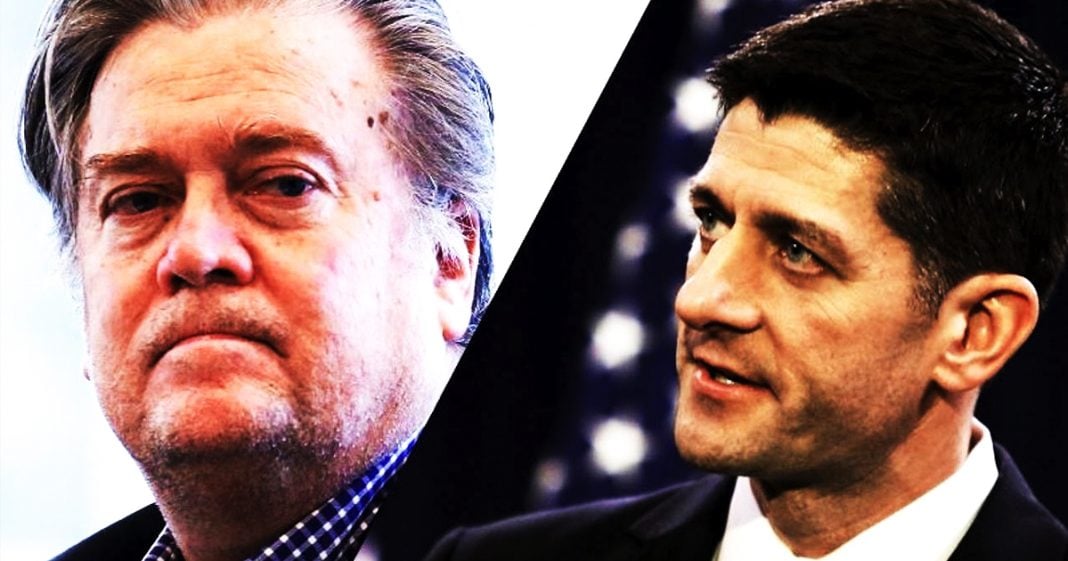 In this Majority Report clip, we listen to Paul Ryan on a conference call in October of 2016, saying that he’s not supporting Donald Trump. This isn’t news—Ryan bumped Trump from one of his own campaign events after Trump’s “grab ’em by the pussy” comments surfaced, and didn’t denounce Trump’s candidacy but called the comments indefensible. He says the exact same thing on this call as he did publicly. Now Breitbart is taking the tape and making an exposé scenario out of Ryan’s past “disloyalty”???? Not good.