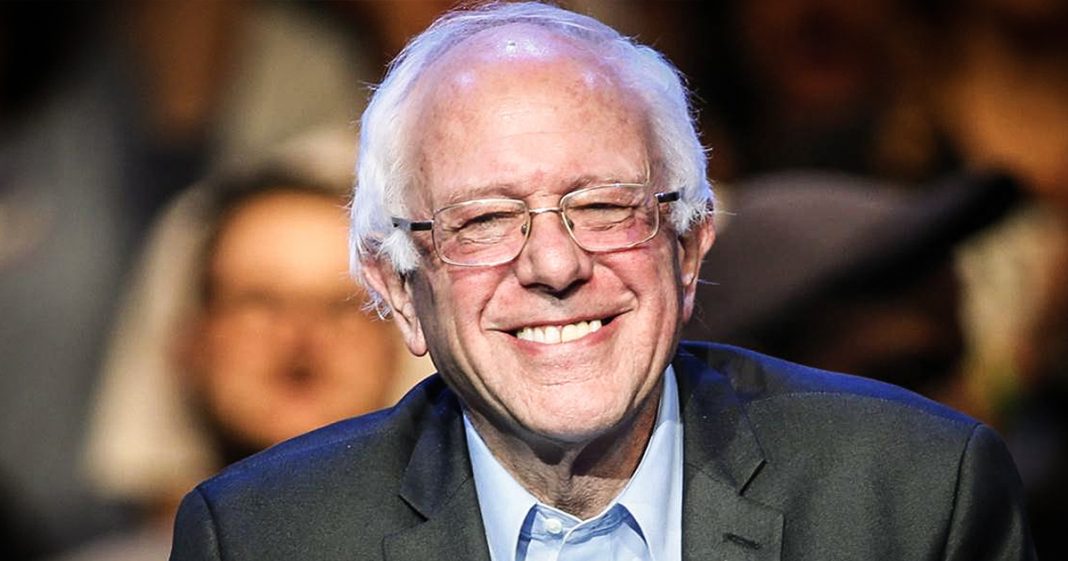 Fox News is the last place you’d expect to find Bernie Sanders supporters, but according to an interactive poll conducted by the news channel, Bernie Sanders received the highest favorability rating of all other things polled, including Donald Trump and Mike Pence.  The second most popular thing among those Fox viewers?  Planned Parenthood, followed by Elizabeth Warren! Ring of Fire’s Farron Cousins discusses this.

As it turns out people, other than the really hardcore Hillary Clinton supporters, actually like Bernie Sanders. Do you know why? He is out there talking about issues. He’s not shying away from town all meetings. He’s not shying away from opposition town hall meetings. Bernie Sanders sat in a room full of Donald Trump supporters earlier this week and got that crowd not only to like him but to applaud the idea of universal healthcare coverage in the United States.

That’s not a bad thing. When you explain it in the terms that Bernie Sanders has been doing, even Republicans, Conservatives, hard right Tea Partiers, realize, “You know what? That is what I want.” It unfortunately does kind of reopen those wounds from the Democratic primary, had Debbie Wasserman Schultz and the Democratic party not screwed Bernie Sanders over, given the Democrats some more debates, given Bernie Sanders a little bit more exposure, how different could things have been?

If we had had two or three or four, or hell, as many Democratic debates as we had in 08, which I think was approaching 16 or 17 total debates, what could have happened? That’s the most disappointing thing to think right now. What could have happened? Yeah, Bernie Sanders is still a sitting US senator. He goes to the senate and he’s working on these issues that he talks about. I have seen a lot of hardcore Hillary Clinton supporters that are still online bitching and whining about, “Bernie Sander, such a phony, such a fraud. He bought into his own hype.” That’s total BS.

He’s actually doing it, and you would have to be some kind of delusional human being to think that he’s not. You can go look at the record. You can look at what he’s doing. Where’s Hillary Clinton today? I know she’s not a sitting politician at the moment, probably not running for office again, even though there’s rumors she might run for New York City mayor. She’s not out there doing these kinds of speeches. She’s not out there confronting opposition, trying to win them over.

Bernie Sanders is, and he may not run for president again, but he understands that it’s important to unite people around these common ideas. Not around a party, not around a candidate, around ideas. That’s why this Fox News poll is so important. It also shows that Donald Trump has a net negative favorability of -10. Paul Ryan … Sorry, Donald Trump is -9, Paul Ryan is -10. Obamacare is +3. 3% more people like it than dislike it, and that’s according to Fox News viewers.

These people are not as single-minded as once thought. They are open to new ideas once they get exposed to them. Bernie Sanders is smart enough to understand that. Unfortunately the DNC, the Democratic party, isn’t. That’s why they’re going to continue making the same mistakes that they made in 2016. That party has learned absolutely nothing. At this point you have to ask yourself, is the Democratic party beyond saving? Because it very well might be.