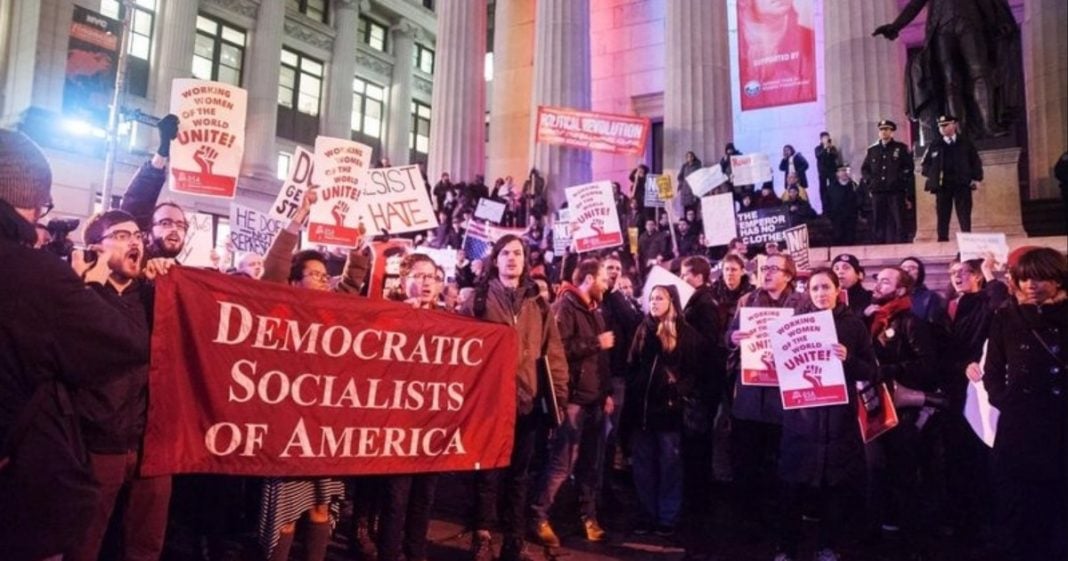 While the Democratic party continues to fail to meet even the lowest bar set by Progressives, it appears that the runoff from one of the two main parties in the U.S. may be headed straight for the Democratic Socialists of America.

Democratic Socialism, the technical political belief that Senator Bernie Sanders subscribes to, has seen their membership triple in the last year to close to 20,000 card-carrying, dues-paying members.

And though many on the right may be terrified, DSA understands completely why they are growing: young people & Bernie.

Increasingly, much to the terror of the far right, “socialism,” is no longer considered the horrific word it once was to millinnials, expecially those who heard the term used to describe Bernie Sanders during the 2016 primary.

Young America’s tame view of socialism is due, in part, to a more true understanding of the meaning of the word, as well as the more moderate stance of Democratic Socialists. This is especially true in regards to Democratic Socialism because it is much different – and far less radical – than outright socialism.

On the basic level, as the DSA explains on their website, Democratic Socialists do not want the government to “own the means of production.” Instead, the DSA actively fights against capitalistic overreach, pushing back against mammoth corporations and their deep involvement with government. The DSA asks that government step in when corporations have gone too far, in order to protect consumers and keep things fair.

If the Democratic party is willing to make room, the addition of Democratic Socialists appear to be only a net good for the floundering political party.