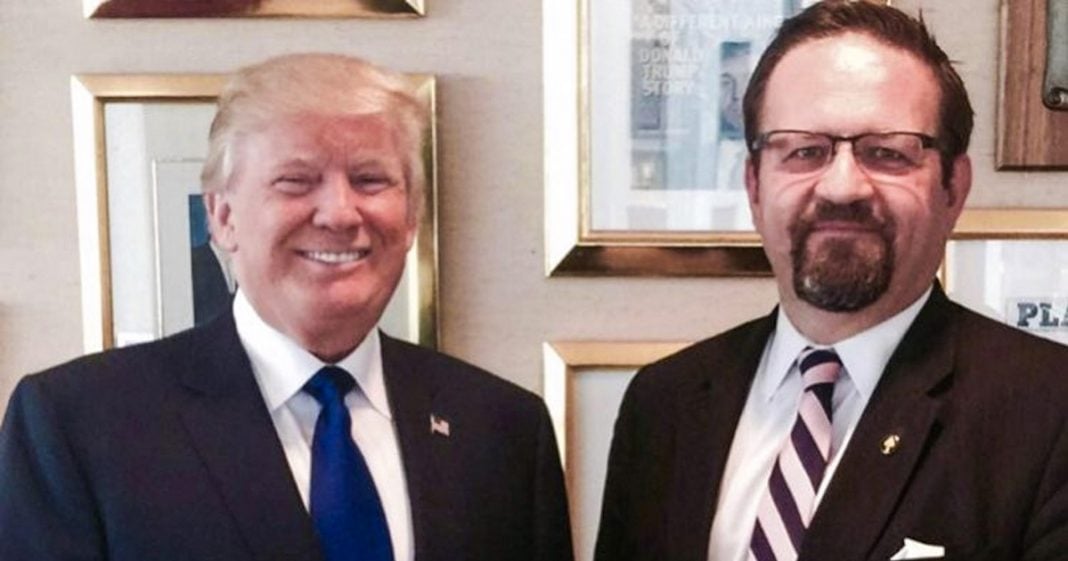 In a developing story, Trump national security adviser Sebastian Gorka is reportedly a life-long member of hungarian nazi-tied group Vitézi Rend, a fact which he failed to disclose while becoming a U.S. citizen in 2012.

According to a report originally filed by The Forward published on Thursday, Gorka was confirmed as a member of the nazi-allied group by a chief officer of the organization.

When Gorka was asked by Buzzfeed News for comment, he refused to answer and told them to “send a request to White House press.”

Having a card-carrying nazi associate advising the president is clearly a major issue, but even beyond that, it appears that Gorka failed to disclose his membership during his immigration process to the United States in 2012. This is clear because had he disclosed his association with Vitézi Rend, he would not have been allowed entry into the United States.

“The State Department’s Foreign Affairs Manual specifies that members of the Vitézi Rend ‘are presumed to be inadmissible’ to the country under the Immigration and Nationality Act.’”

So now, the president has an adviser who not only is a member of an antisemitic, Nazi-allied organization in Hungary, but who lied to the U.S. government about that association in order to dishonestly obtain citizenship. Interesting that our POTUS can wage war on Muslim visitors in this nation, but not see the own false citizen in his midst.

The Anne Frank Center, an organization that has been outspoken regarding this administration’s antisemitism, issued a statement calling for Gorka to resign or be fired immediately. More than that, Gorka’s citizenship should be examined – he should have never been allowed in this nation to begin with.