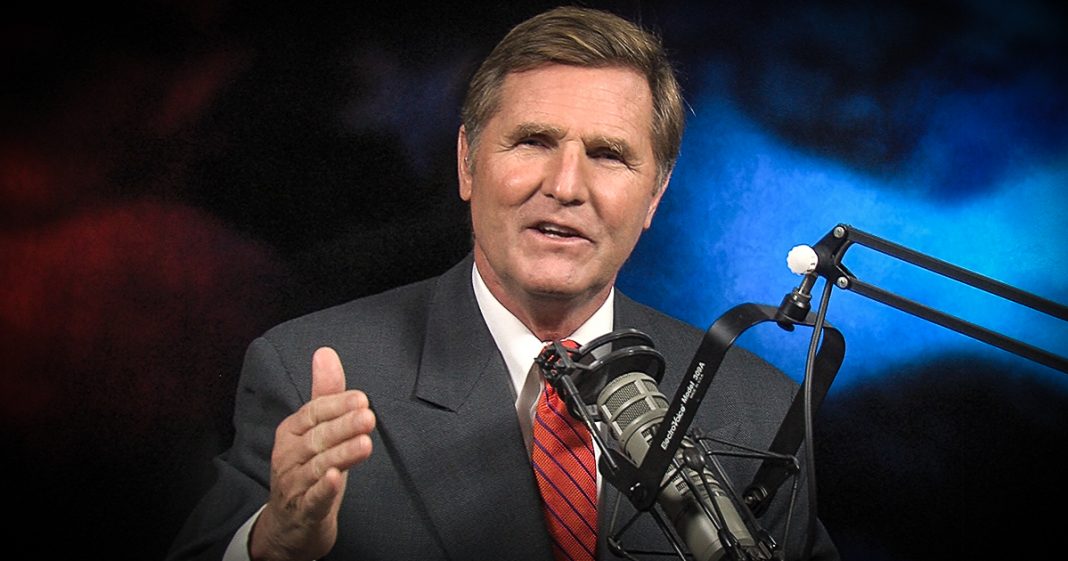 Last week, WikiLeaks dropped a massive amount of documents that detail the CIA’s extensive database of hacking tools that could turn your iPhone, Android Phone, or even smart TV into a covert intelligence gathering device. Not surprisingly, some entities are trying to keep the leak as quiet as possible. Ring of Fire’s Mike Papantonio and Josh Gay discuss this.

Mike: So Josh, WikiLeaks, they have got the spook community standing on their head. There’s a lot of good things coming out of this. The only people who don’t like this, are the people who want to misdirect this entire conversation about Russia and Trump, and you know, the same talking points that Podesta launched right after Hillary got clobbered. This is some brand new stuff, and it’s causing a lot of people to have to scramble to answer. First of all, lay out the WikiLeaks dump for us, where did all this start?

Josh: Well, in March 7th, WikiLeaks put out this collection of tools and documents called Vault 7. It was over a thousand pieces of software that they’ve collected over time, and finally they put them out on the internet. These pieces of software were everything from hacking your iPhone, to listening to your conversations, to even using your Samsung TV to listen in on you, but all the way to really intricate things, like working into Mac or Windows software, to-

Mike: Well, how about Samsung televisions, you’ve got a Samsung hanging in your house, you know, I know what’s going to come up in this, the Alexa thing, absolutely. The Amazon Alexa deal is going to surface here. You know these stories as well as I do, I’ve had a dozen people come to me and say, “Pap, you’ve got to do a story on Alexa, because it is true.” One story, great story, one of my partners, he says, you know, “My wife and I were talking about how odd it was the McDonald’s was serving breakfast all day long,” they were having a conversation in their house, in their kitchen in front of the Alexa. Well, the next day, they never get McDonald’s coupons, all over his computer is McDonald’s coupons.

As you know, I went ahead and I had some fun with it. I started cross examining Alexa. We’re going to develop that a little bit, show it when it’s all done, but it is astounding. But you know, hey, here’s one thing I want you to talk about, the hacker thing, there’s a whole new twist to it. Now, we know that the software that WikiLeaks released shows that the CIA or any of the spook agencies can even manipulate where it looks like the hacking originated.

Now, think how important that is. Okay, let’s say they want to put Israel on the map, and say, “Israel did something wrong,” some cat in Washington DC can make it look like Israel originated in Israel. They can set that up in a way to where the track looks like it originated in Tel Aviv. Talk about this a little bit, this is a very disturbing new development, especially in light of the Russian accusations, isn’t it?

Josh: Well, it’s extremely disturbing. When you look at all the software that the CIA put out, one of the things they were concerned about is, they made these unique pieces of software, so man, it’s really easy to track what the CIA’s doing. They create an entire project called UMBRAGE, where they stole pieces of software from both private and government hackers from different countries like the Russian Federation, so that they could use those pieces of software to cover their tracks, so the people would think that an attack would come from Russia, instead of the CIA, or instead of another hacker.

Mike: Okay, so I guess the reason this must make the screwballs, the real screwballs that can’t get away from seeing Russia underneath every little piece of furniture, the reason that really messes with them, is because this whole notion of, “Oh, yeah, we have traced this down to Russia,” or on the Israeli thing, “Oh, yeah, we’ve traced this down to Israel, we know where all this bad stuff’s coming from.”

We find out that now, they actually have programming that allows them to do that. It shows them exactly, you can do a track to anybody. You could do it to Josh Gay’s computer. “Oh, yeah, Josh Gay’s the one that unleashed all of this on America.” This is pretty scary stuff, and this would not have come out, had it not been for the WikiLeaks. Let me ask you straight up, don’t you think Assange knows how significant that information is?

Josh: Of course, and the timing of it, you have to wonder if that’s why he put the information out when he did. He says that it was more to decrease proliferation of cyber weapons and that sort of thing, but with all the talk about Russia being blamed for these DNC hacks, and some of that evidence of-

Mike: But look, here’s something I thought was really interesting. When you drill down on this, and I think you wrote a story on this, where you back up, and you find out, what is … let’s just take Russia, let’s keep Israel out of it, just the Russian hacking. Talk about what they found out about the unique aspects of the so-called Russia hacking. The times they were working, and that type of thing.

Mike: Yeah, okay. So again, it’s not just Russia, we’re talking about here. It’s China, it’s Israel, it’s anywhere they want to do it, anytime you have the spook industry involved with being able to manipulate the media, that by the way, they own, that you know, I don’t know, Sam and I talked about it a couple of weeks ago, have you ever wondered why Boeing and Mcdonnell Douglas advertise on NBC and CBS and ABC? Are you going to go out and buy a missile launcher, or an F-18?

Mike: Why do they do that? I mean, you’ve written about this too, why is it that they do this?

Josh: Well, let’s actually talk about one specific company, why not talk about Amazon? When you look at this, Amazon has their fingerprints all over what the CIA’s doing, because Jeff Bezos, who owns Amazon, he negotiated with the CIA for a $600 million contract.

Mike: Well, what kind of contract, is it a cyber security contract, or something to that effect?

Josh: Right, well it is actually providing the infrastructure for the CIA to develop apps and share code, which is ironically exactly what leaked out in Vault 7.

Mike: Okay, so you’re writing a lot of material on Bezos right now, why? What are you finding about the Bezos, Washington Post connection to this whole thing? What is it this weird … because I can tell, you know, there’s some issues that are important here. What are they?

Josh: Yeah, I’m chomping at the bit, because the more you look at the way the Washington Post is reacting to the WikiLeaks Vault 7 information, or anything regarding the CIA, the Washington Post touches it with kid gloves. They act like the CIA is this infallible force, and that if somebody is out to leak information, then they must be an enemy of the United States.

Mike: Okay, so let me connect … Bezos, as you’ve pointed out, owns the Washington Post?

Mike: Bezos owns Amazon, okay. Bezos has the biggest cyber security contract with the spook industry, of anybody in the United States.

Mike: So all of a sudden, as you’re following this, and as you’re writing about it, and as I’m following what you’re writing, the Washington Post comes out, and basically parrots everything that Bezos wants parroted. That is, “Russia’s doing this,” whatever it is. I mean, whatever the dictator of the day is that they’re going after. Tomorrow it will be, “China’s doing some terrible thing,” okay, but Bezos, is their little doggy. They call out Bezos when they need the Washington Post to write an article. Washington Post in fact, is working for the CIA, I mean, if that’s the case. Amazon, now give me the connection there.

Josh: Well, Amazon again has the $600 million contract with the CIA, but they also have contracts with NASA, the FDA, they run healthcare.gov, so all of these are massive, massive contracts that Bezos is working on, and having a media outlet in Washington, like the Washington Post is extremely valuable. Plus, you have to remember, the Washington Post, he bought this for $250 million. Amazon brought in $43 billion in fourth quarter alone of last year, so-

Mike: It’s a play toy for him.

Josh: It is, it’s a tiny play toy, so if you think that journalistic integrity matters to Jeff Bezos, it doesn’t.