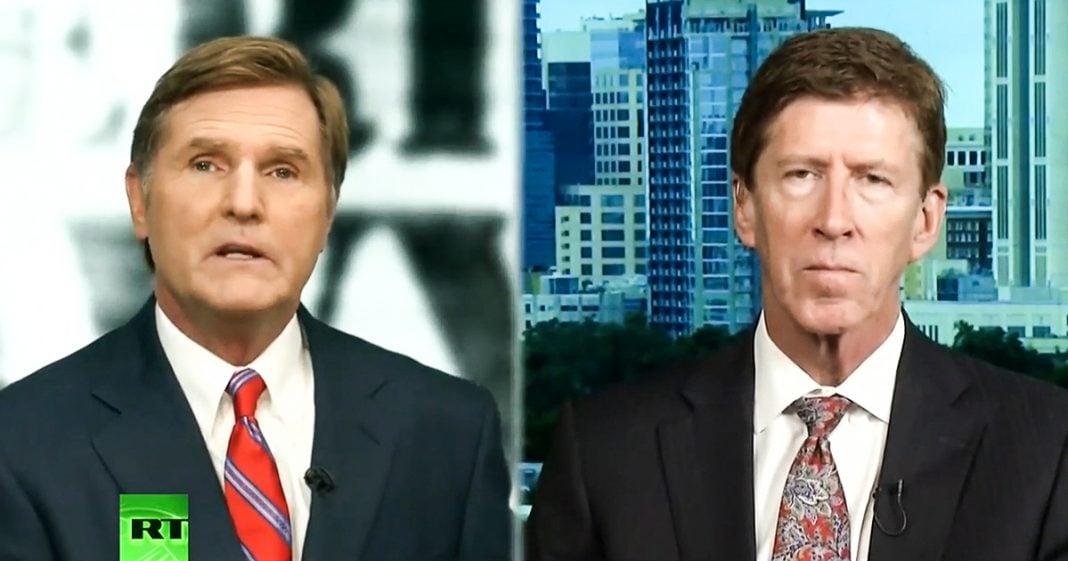 Attorney Mike Papantonio examines the numerous civilian deaths that have taken place in police custody over the past few years and speaks with attorney Mark O’Mara about the case of Matthew Ajibade, who died after being tased while strapped to a restraining chair.

Mike Papantonio: Over the last three years there’s been a spike in the number of people being killed by police officers, both in the field and in police custody. This growing crisis gave birth to the Black Lives Matter movement, but the problem goes even deeper than most people realize.

Americans are now all too familiar with names like Michael Brown and Eric Garner, as well as Sandra Bland and Freddie Gray. Those names have become synonymous with the abuse that takes place against citizens by police officers.

There are some very important differences in these cases. The main difference being that Bland and Gray were killed by officers after being taken into custody, and that’s the part of the story of police brutality that most people don’t know about.

In the six year period between 2003 and 2009, an estimated 3,000 arrest-related homicides of African-Americans occurred in the United States, and 99% of those were committed by police officers.

However, the Justice Department has told us that the number of people of all races killed while in police custody is likely higher, but they don’t know because the reporting of those homicides is left to the police and jail personnel, and under-reporting, or mislabeling homicides, is common practice in the US.

One of the more serious recent cases involves Matthew Ojibade, a 22-year-old bipolar college student in Georgia, who was tased while in a restraining chair in 2015, and he died still strapped to the chair.

The disturbing video from a camera attached to the taser itself shows the victim in the restraining chair. You can see where the red dot is, which is the light from the taser, pointed at his torso and his groin.

It’s important to understand that other Western countries don’t have a problem this serious. In the year 2014, police officers in the United Kingdom only killed one person in that same year. Canadian authorities killed 14, and German police officers didn’t kill a single person in 2014.

The problem is only getting worse as American police officers continue to operate with a Wild West mentality, partly because they only receive about a quarter of the training that officers other countries receive.

Joining me now to talk about this crisis is attorney Mark O’Mara, who represents the family of Matthew Ojibade.

Mark, I think everybody understands the problem of people being gunned down by police, but this issue of people dying in custody hasn’t been widely covered. You’re somebody who has a specialty in this area. How bad is the problem?

Mark O’Mara: First all, Mike, thanks very much for taking both your time and effort to put a spotlight on this problem, because it really is there, it’s dangerous, it’s continuing, and unfortunately, like you say, not many people see it.

Don’t forget, it’s only in the past five years that we’ve even put a bit of a spotlight on this because beginning with, well, the George Zimmerman case, and others from that point forward, we really started looking at this endemic problem that exists in law enforcement, and certainly in the corrections system.

It really is serious, and there’s a number of reasons, Mike. You touched on one of them. One of them is that there’s simply an absolute lack of training. In Scotland, for example, another country where they don’t use weapons, the police are not armed. They come up with alternative ways how to handle situations, even aggressive individuals, and do it in a way where there’s virtually no injury, and certainly no loss of life.

Unfortunately, in America we have become a civilization who focuses specifically on our use of guns, and use of guns by police, and rather than training to de-escalate a situation, the cops are trained to win at all circumstances, at any risk, and people end up dead.

Mike Papantonio: Mark, you have the reputation across America as being very much the specialist, the trial lawyer that people call when these events take place, and you’ve seen every iteration of them. I know you’ve handled cases, literally, all over the country.

When you look at all those cases, what role does race play in these killing? We know that white people die at a slightly higher rate in prison more than African-Americans, but African-Americans are more likely to be killed by officers in custody. Why is that? What’s happened here?

Mark O’Mara: The reason … it’s more, even, societal. There is an undeniable bias against the African-American community here in the States. It’s undeniable for this reason, though. The Harvard study as it’s known, the Implicit Bias study, has been around for now 20 years, consistently shows that all of us, whites and blacks, look at blacks with more of a jaundiced eye. And that subtlety causes the reactions that we now see play out.

My argument would be, my position would be, it’s societal when it starts and we have to address it there, because we’re not going to take away implicit bias in cops until we start taking it away in training them, and in educating us at an earlier level.

But when it has such devastating consequences – when it’s not just “I didn’t get a job,” when it’s not just “I didn’t get into this school,” when it’s “I got shot,” or when it’s “I got tased in the crotch because I’m a young, black male in a restraint chair in a jail” – we have a crisis.
Mike Papantonio: Mark, let me ask you. Again, I can’t think of anybody that is more of a specialist that gets more calls about cases like this. When you read the stories, there’s always a pattern. I mean, it seems to be the same pattern. Most of the time it comes down to the issue, not only of training, but it’s hiring.

What is the pattern you would identify? Why is the problem so bad in the US, but not much of an issue, maybe, in other Western countries?
Mark O’Mara: I do think that it is training. I mean, I think that’s the easiest place to start. What used to be, Mike, when I was a kid … and I looked at people in uniform, including my dad who was a fireman, and every cop that I saw … you had a built-in respect for law enforcement, that they earned and that they deserved.

I’m not sure exactly where along the past 40 years that has changed, but now we seem to have that people go into law enforcement as a default if they don’t get jobs other places, and they’re not well trained.

Now I will tell you 90% of cops who I know, and I’ve represented cops, I’ve defended cops, they’re good cops. If it was my world, if I had my magic wand, I would certainly pay them better. You can’t pay somebody 25 or $30,000 a year to risk their lives the way we ask cops to do, and give them as little training.

But what’s happened is we have now gotten to the point where there’s a certain percentage of people who go to be cops because of the cowboy mentality, and because they want to be out there and be tough, and use their ego, and their testosterone, rather than their common sense.

Mike Papantonio: Mark, let me ask you. You’re handling probably the most important case in this country, Matthew Ojibade, who was strapped into a restraining chair by officers, and tased to death while he was strapped in the chair. Can you give us any more details about the case? There’s plenty of press on it, but what’s your inside look at this case?

Mark O’Mara: Here’s my look at it. Look, Matthew had a bipolar disorder. It happens he was in a manic swing, he had a domestic violent event with his girlfriend, and he was properly arrested. I wish that we had law enforcement who would defer, to send people who have a mental health concern directed to a hospital, but I can’t fault the fact that they had the discretion to arrest.

Nonetheless, they do absolutely nothing. There was, at one point, a dozen law enforcement individuals wrapped around Matthew, and not one of them stopped the madness and said, “We have a guy who’s suffering from a mental health. How can we deal with him? Let us get him some help.”

Instead, what happens is they hog-tie him, drag him into a cell where one person … I won’t give you my true opinions … one person, who is supposed to be better trained than most, decides to grab a taser. And because he didn’t back up in the chair quick enough … he’s restrained, his hands are behind him handcuffed, his legs are restrained, straps are over his chest in the restraint chair … but because he didn’t move his butt back quick enough into the chair, he’s tased three, probably four times, at least once or twice, in the crotch.

Now, not only is that horrific, not only is that sadistic torture, in my opinion, but here’s the real problem. Nobody says anything. Eight cops in there with him, nobody even tells the Lieutenant, “By the way he was tased, he should be checked out.” Nobody tells the nurse who comes in to see him.

Mike Papantonio: I’ve only got about 20 seconds. What you’re doing here really matters, as you know, as I’m sure you are aware, because it has the ability to change things in the way that these cases are handled. So the Ojibade case is going to be a huge case as far as what the public sees about what happens behind closed doors. Good luck on that case, because it is critically important. Thank you for joining us.

Mark O’Mara: Thanks Mike, and again, thanks for the focus.