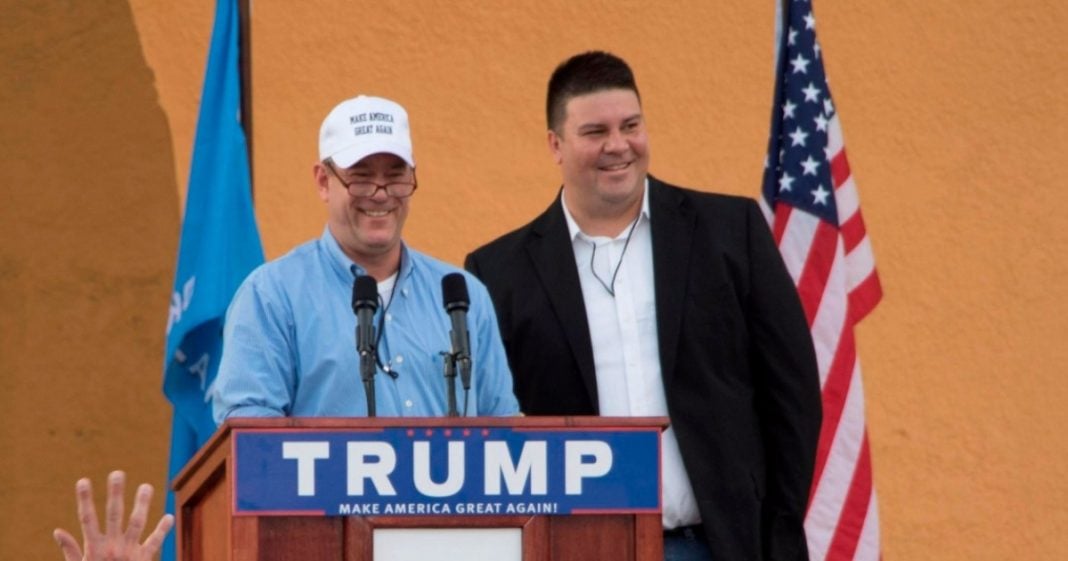 A state senator in Oklahoma is under investigation after being discovered last week in a Super 8 hotel with a teenage boy, reportedly attempting to engage in prostitution.

Police in Moore, Oklahoma are recommending three prostitution-related charges in the case regarding State Senator Ralph Shortey after discovering the elected official in the hotel room.  Charges recommended against Shortey include: Prostitution within 1,000 feet of a church, transporting for the purpose of prostitution, and soliciting prostitution of a minor.

No charges have been filed and Shortey has not been arrested – at least not yet.

It appears that police are not exploring child abuse charges because in Oklahoma, the age of consent is 16 and police say that the teen in the hotel room with Shortey was “16 or 17.” Still, the parents of the child called police after discovering text messages between the two which reportedly revealed evidence that Shortey intended to pay the minor for sex.

Hotel employees confirmed to police that a man named Ralph Allen Shortey had checked into the hotel after midnight on march 9, and shortly after, police came for Shortey.

Democrats in the State Senate are calling for Shortey to step down while an investigation is conducted, but the Oklahoma Republican Party released a statement saying they awaited further comment from police.

The senate filed and passed a resolution to punish Shortey for “disorderly behavior.” The resolution passed 42-0.

Shortey became a State Senator in 2010.