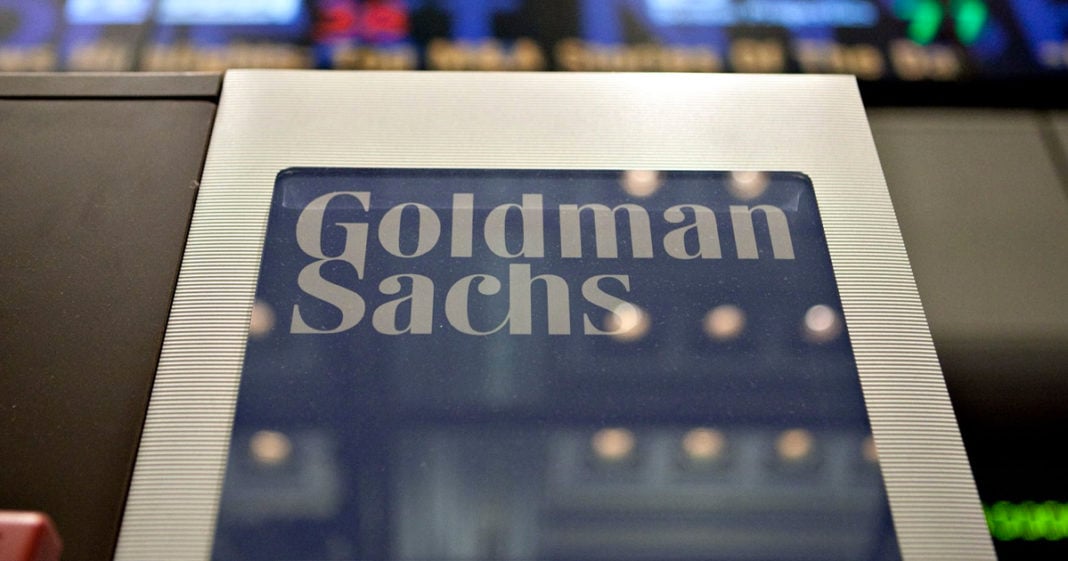 The nearly 150-year-old finance firm has been a staple of Wall Street and in government for quite some time, helping shape FDR’s war efforts and advising the Obama administration during the bailout. In fact, the last four Presidents before Trump appointed Goldman Sachs employees to key government roles, but their influence was a major point of contention during the 2016 election.

Bernie Sanders ripped Democratic rival Hillary Clinton over her ties to the investment firm, “You’ve received over $600,000 in speaking fees from Goldman Sachs in one year […] I have doubts about people receiving large amounts of money from Wall Street.” Even Donald Trump joined in the anti-Goldman rhetoric, criticizing Hillary for being “totally controlled by Wall Street.” Trump ran ads blaming Goldman CEO Lloyd Blankfein for America’s woes, and blasted Republican rival Ted Cruz on Twitter for his ties to the firm:

Was there another loan that Ted Cruz FORGOT to file. Goldman Sachs owns him, he will do anything they demand. Not much of a reformer!

While their expertise in business and market matters may be helpful to policymakers, investment firms like Goldman Sachs certainly put their own interests first. Goldman Sachs spends millions in lobbying activities and political contributions and has guided financial policy that benefits Wall Street. Firms like Goldman Sachs have been blamed for the housing crisis, the tech bubble, the big bank bailouts, and high gas prices. You could even point to the financial firms’ investments as a major driver for failed Middle East policies, including the ongoing wars.

However, they always escape from the consequences; when Goldman was investigated by the Eric Holder-run Department of Justice under President Obama, they hired one of Holder’s best friends, Reid Weingarten, to aid them in their legal proceedings.

With Goldman Sachs continuing to own Washington, crony capitalism has ensured that true free markets do not exist. They have crushed competition while hedging their bets, no matter which party is in control. They have bought influence and ingrained themselves so deeply into the culture of government that politicians look only to Goldman Sachs when problems arise, even if the firm was the cause of the problem to begin with. They are above the law and when they aren’t, they simply pay for changes to the law. Despite Trump’s promises to “drain the swamp,” it seems that Goldman Sachs remains in charge of restocking it.