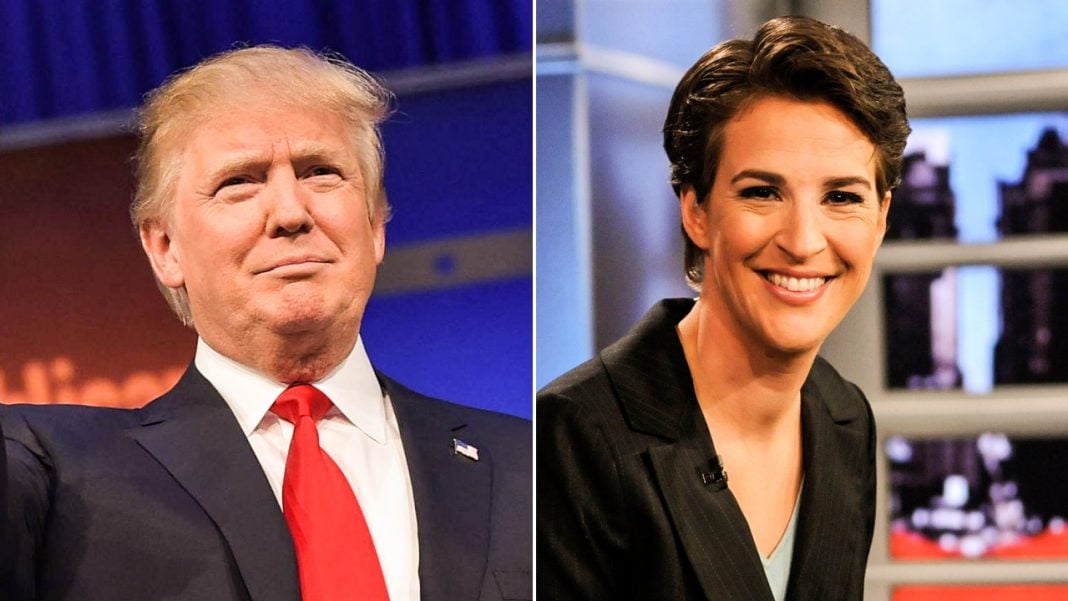 MSNBC’s Rachel Maddow released two pages of one year’s worth of Trump’s tax returns this week, showing that Trump paid an effective tax rate of less than 5%. Through a series of loopholes – ones that Trump has actually said he wants to get rid of – Trump was able to pay far less in taxes than he should have, ripping off both the federal government and the rest of the country. Ring of Fire’s Farron Cousins discusses this.

So this week, Rachel Maddow hyped the hell out of a story. She had uncovered Trump’s tax returns. She had them. She was going to unveil them in this massive MSNBC episode, and we got two pages from the year 2005. It was a lot of hype over practically nothing. I can’t say that it was nothing, because we did learn a little bit from Donald Trump’s two pages of tax returns from 12 years ago. Certainly was not worth the hype that MSNBC and Rachel Maddow gave it, but you can’t really blame them. They want ratings. I’m sure they got amazing ratings on this episode.

Here is the distilled version of what we got from, again, those two pages, is the fact that Donald Trump paid an effective tax rate of less than 5%. The remainder of his taxes were paid under the alternative minimum tax, an arrangement that he had made with the Federal government as part of a massive write-off from 10 years earlier where he wrote off $900 million in losses that allowed him to pay a lower tax rate on some of his money for the next 18 years. Very kind of difficult story to follow, very convoluted. You kind of need a tax lawyer to really tell you what the hell all this means. The big take-away is that Donald Trump pays an effective tax rate of less that 5% on his Federal income taxes.

Here’s the issue though. These two pages didn’t tell us that much. We knew that Donald Trump was not paying all of his taxes, that he was using tax loopholes to get around and not pay as much as he should. Of course now we know that it’s less that 5%, so Donald Trump is paying fewer taxes, or a lower tax rate I should say, than most people in the United States. This is somebody who is allegedly a billionaire.

What we need to know from Donald Trump’s tax return, something we did not learn in that Rachel Maddow special, is where the money comes from. That’s the big thing. Showing that Donald Trump pays a low tax rate just proves he’s an asshole. It doesn’t prove that he’s corrupt, and that’s what we need. That’s the red meat you’ve got to feed that Liberal base, and even the Conservative base at this point that wants to see the tax returns. Because it is where the money comes from where we’re going to find the trail that could ultimately lead to his impeachment. When you hype something like MSNBC and Rachel Maddow did saying, “I have Trump’s tax returns,” you damn sure better have the whole thing, not two pages. We’ve had one page available from a couple other years during the campaign. You had two pages from one year.

Regardless, again, this is a good start. I’m a little upset about the hyping of this, but this, I guess, is a good start. We need more though. This information that came out last night isn’t going to take Trump down. Again, it just proves that he’s a jerk who doesn’t pay all of his taxes, shifts the tax burden to the low-income, to the middle-income people, the people in the rust belt that put this idiot in office. They’re the ones getting screwed mostly by this deal. Donald Trump is a con man. Just like most other billionaires and millionaires in the United States, he’s going to do everything he can to pay less money in taxes. Let roads, and bridges, and schools, and fire departments, and police departments go to hell because he’s not helping to fund them. And then bitch about how horrible America is and how high our taxes are. We know that. We knew that.

We need to know where the money comes from. Who is paying it. Where is it going through, and who are all the little connections along the way. Because until we have that information, we cannot say with certainty that Donald Trump is violating the Emoluments Clause, or that he has illegal business operations with foreign countries. We have to have the rest of those pieces of that puzzle. Because until we do, Donald Trump at the moment is still going to be our president.