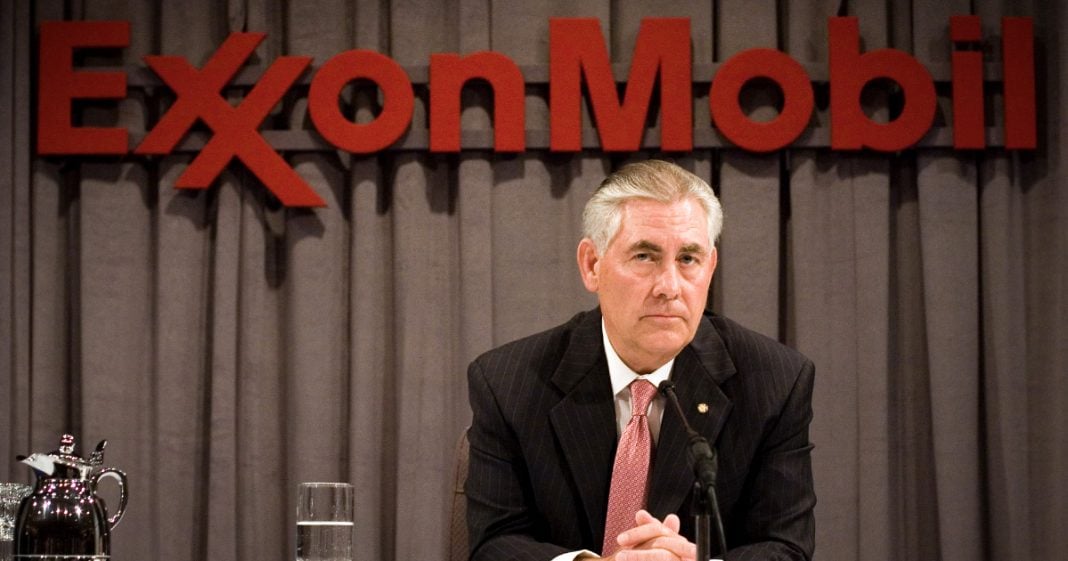 While Rex Tillerson faces scrutiny for refusing to bring a press corp on his international visits effectively keeping his operations abroad a secret, others are taking a look at the way that Tillerson operated in a similarly elusive and shadowy way while serving as the Exxon Mobil CEO.

According to New York Attorney General Eric Schneiderman, Tillerson used an alias email address and a fake name for at least 7 years while serving as CEO at Exxon. Tillerson, or “Wayne Tracker,” used a fake name to discuss, among other things, information regarding climate change.

This is notable not just because its something he has in common with his boss, Trump, but because the fake name was used to deliberately avoid scrutiny.

When the New York state A.G. subpoenaed the company for documents related to Exxon executives, Mr. Tracker’s emails were left out. That means that in their investigation into whether or not Exxon purposefully misled the public regarding their product and its effects on the climate, key emails with pertinent information were left in the shadows.

Despite having provided 2.5 million pages of documents to the state department, emails to and from “Wayne Tracker” were left out.

According to a letter sent by the State Department, this omission by Exxon could potentially be very serious.

“Exxon’s top executives, and in particular, Mr. Tillerson, have made multiple representations that are at the center of OAG’s (attorney general’s office) investigation of potentially false or misleading statements to investors and the public,” the letter said.

This new revelation means that Tillerson is among friends in his penchant for misusing his email accounts in order to skirt the rules and the truth. Like so many associated with the Trump administration, Tillerson’s dishonest nature has already leaked into the office he is newly holding, and we will no doubt see the result of that dishonesty in the weeks and months to come.