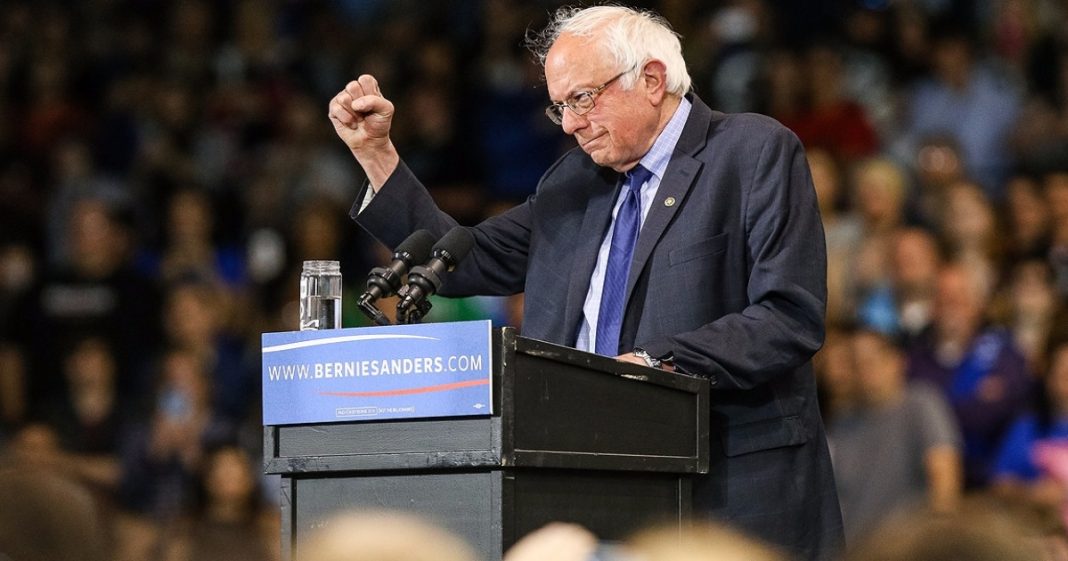 In the wake of the Republican’s universally reviled Obamacare replacement, it appears that now is the best time ever for progressives to finally push for single payer healthcare.

Senator Bernie Sanders understood this opportunity, which is why he joined MSNBC’s Chris Hayes in coal country, West Virginia, on Monday evening just hours after the reality of Trumpcare was spelled out in the CBO report. During that town hall event, Senator Sanders faced small-town conservatives and told them about his liberal healthcare agenda to roaring applause.

These are people who voted for Trump, people who likely joined in the chants of “lock her up,” and resolutely believed that Clinton was the worst of two evils. These far-right small-town conservatives listened to Sanders, respected him, and found themselves listening to political policy that, from any other source, would have inspired fury.

While millions voted for Trump and the Republican party on the single dedication to “repeal Obamacare,” Senator Sanders was able to relay his polar opposite healthcare plan in the wake of the Republican failure.

This is due, in part, to the fact that the Republican administration has already shown its complete incompetence regarding Obamacare. Voters thought they wanted the legislation repealed, but when they learned they would lose their coverage and see their premiums hiked, they also learned that GOP isn’t always better.

Part of Sanders’ ability to speak to these right-wing voters is his honesty. After all, he was never one to pretend that Obamacare was bulletproof.

Most who want single payer – Sanders included – will readily admit that Obamacare was a weak compromise at best. During the Democratic primary, while Hillary Clinton continued to lift up Obamacare as “good enough,” Sanders continued to emphasize his healthcare plan of replacing Obamacare entirely with “Medicaid for all.”

Unlike the GOP who stopped at “repeal,” Sanders had his replacement ready and waiting – and it’s still waiting today. But is America ready for the “Democratic Socialist” option?

The most frustrating part of this debate is the fact that most other developed nations across the globe have some sort of universal or single-payer healthcare system on the books. Industrialized nations one by one decided that access to healthcare was a human right and changed their laws and healthcare system accordingly.

Now Sanders is merely asking that the rest of the United States catch up with the civilized world. After all, we gave Paul Ryan and the GOP’s poorly planned replacement a shot – a shot that they fully and completely bungled.

Facing impending loss of coverage, loss of life, and loss of money in their pockets – will conservative voters nationwide finally take a real, open-eyed look at Single Payer? And will the Democratic party finally be brave enough to put their support and trust in Bernie?