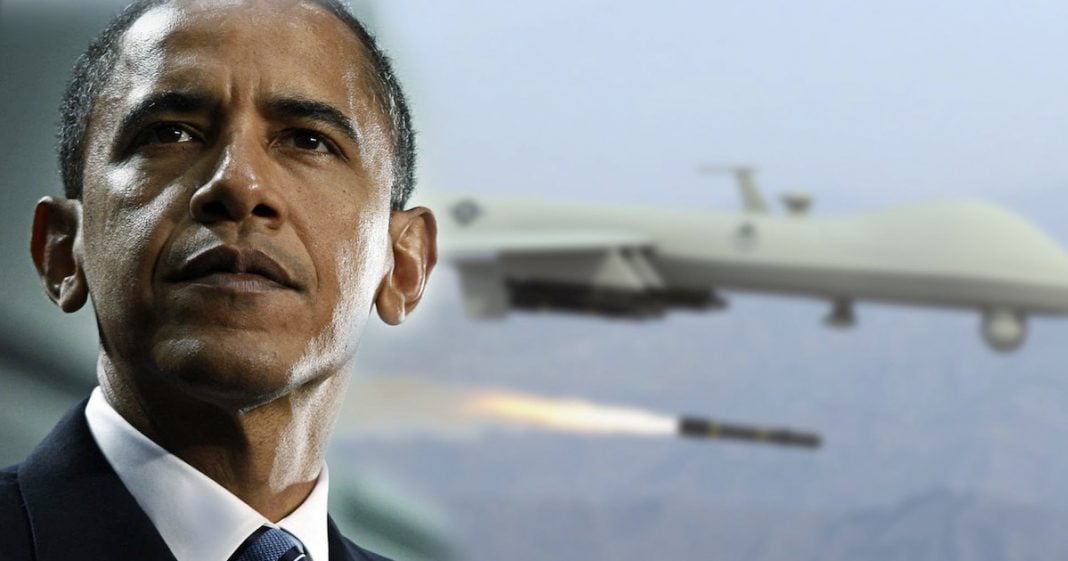 Despite winning the Nobel Peace Prize, President Obama came under an increasing amount of fire from anti-war groups during his presidency. According to the Council on Foreign Relations, President Obama’s final tally for drone strikes was 542, or one every 5.4 days. However, our current President is not to be outdone. As of Thursday, President Turmp has ordered at least 36 strikes, or one every 1.25 days.

While exact numbers are extremely tough to gauge, a study from Columbia Law School says the civilian death toll from drone strikes under Obama was as high as 98 percent, though the Obama White House said that number was closer to 10%. There were even reports that the CIA targeted those who showed up immediately following a drone strike, like mourners and first responders. Since the CIA controls most of the drone strikes, they have very loose rules on collateral damage and an extreme lack of oversight.

Maybe it is Trump’s tremendous ego that won’t allow Obama to beat him in any metric, but things have not improved under our current Commander-in-Chief. Several reports show that in the raid that claimed the life of William “Ryan” Owens, the Navy SEAL honored at Trump’s first address to a joint session of Congress, many civilians, including at least 9 children, were killed. That raid has led to further strained relations with the Yemeni government. A Yemeni official told Reuters that, “there needs to be more coordination with Yemeni authorities before any operation and that there needs to be consideration for our sovereignty.”

In fact, drone strikes have long drawn the ire of foreign governments over civilian deaths and violations of sovereignty. In 2013, the UN denounced the US’s efforts in Pakistan, specifically citing the high numbers of civilian casualties and lack of respect for sovereignty. At the time the White House publicly bragged about Pakistan’s support for American raids on Islamic militants, but Pakistan denied that sentiment, even ceasing to share key intel with American officials over the drone efforts. Losing an intel partner like Pakistan in the fight against radical Islamic terrorism is a crushing blow.

The tension over drones in the international community has even been blamed for spurring Al Qaeda hotbeds. The Nation reporter Jeremy Scahill says that US drones strikes in Yemen are why Al Qaeda is setting up shop in Saudi Arabia, Yemen, and Oman with such intensity. Blowback over civilian casualties does absolutely nothing to improve anti-American sentiment in the region.

The appeal for drone strikes is simple, the United States has virtually no risk to their troops when carrying out an attack with an unmanned aircraft. That’s understood. But because of the low risk, we’ve seen our military take on missions that carry massive risk of collateral damage without much regard. It also offers the Department of Defense an out when confronted about possible war crimes, as the CIA is handling the bulk of the strikes. With the CIA, we already know from the recent WikiLeaks data that they operate without oversight.

So far, Trump is playing right into the defense lobbyists’ hands and will do nothing to halt the never-ending wars overseas. With proposed cuts to foreign aid and State Department funding, he seems more eager to simply go out and drop more bombs with a complete lack of diplomacy. All while we continue to kill innocent civilians and fuel further anti-American feelings across the globe.