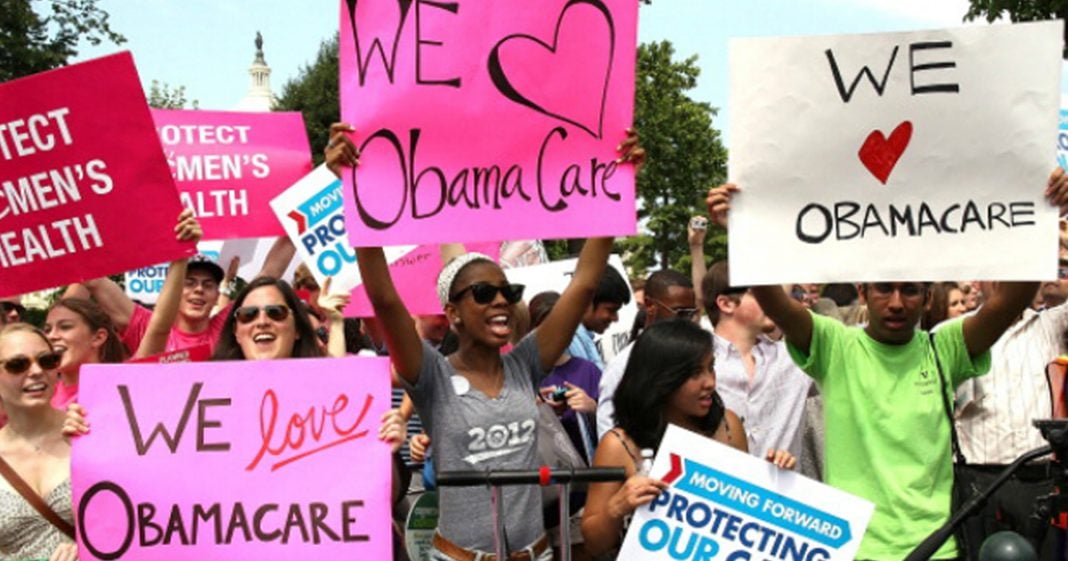 Repeatedly in the weeks since becoming POTUS, President Trump has made the declaration that he would much prefer to leave Obamacare in place so that it could “implode” rather than replacing it and facing criticism from those who liked the healthcare plan.

As Trump explains it, Obamacare is already so bad, so flawed, that if left alone, it will eventually destroy itself. If this occurs, according to Trump, Democrats will come running to Republicans and the Executive Branch begging for a solution, making the GOP the “good guys.”

Trump argues that this would be the best idea because he knows that as a whole, Obamacare and the many benefits it provides are generally approved by the American people. As we draw closer to an Obamacare repeal, the healthcare plan – while heavily flawed – only seems to grow more popular by the day.

Trump seems well aware that attempting to repeal the legislation and replace it with the Trumpcare horror show will only frame the Republican party in a negative light.

So by arguing that he is waiting for Obamacare to “implode,” the POTUS is merely trying to avoid doing anything to Obamacare under the guise of Republicanism. The issue with that stance is it increasingly appears to be less of a clever blame-game and more of a backwards attempt at self preservation.

As the details of Trumpcare are slowly revealed, it has become clear that no one – Democrat or Republican – is pleased with the GOP’s proposed healthcare plan. While Democrats bemoan the loss of coverage and skyrocketing costs, Republicans complain that it isn’t going nearly far enough while also gutting programs vital to the elderly population – devoted Republican voters.

Being opposed on both sides is not at all the way that Trump imagined his tenure in the White House would be, and he is likely hoping for a way out. Unfortunately for Trump, the chance that Paul Ryan and the rest of the Republican House and Congress would ever drop their dedication to repealing Obamacare is nearly the same as the chance the POTUS might give up Tweeting one day – nil.