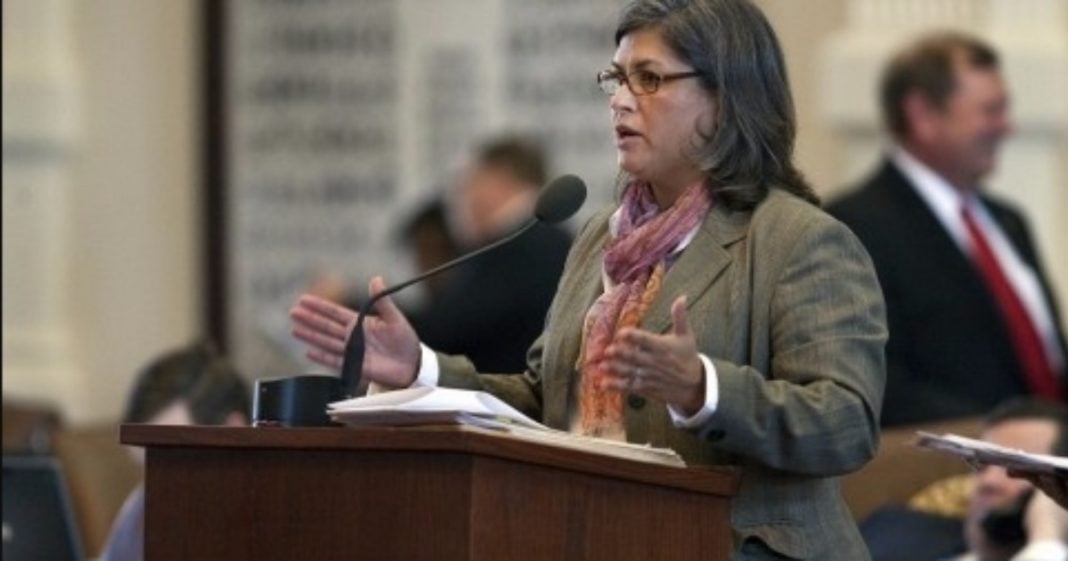 According to the Texas Tribune, State Congresswoman Jessica Farrar filed House Bill 4260 on Friday, which, if passed, would fine men $100 if they engaged in self-stimulation.

The bill would also allow doctors and medical professionals to engage their moral beliefs in deciding whether or not a man would be given access to elective vasectomies or be prescribed Viagra. Like many anti-choice abortion laws, men would also be required to wait 24 hours before obtaining any elective procedures like vasectomies, as well as being subject to a medically unnecessary rectal exam.

Farrar did not file this bill in the hopes that it would pass – in no universe would it ever pass. Instead, Farrar is hoping that by showing male legislators the preposterous nature of her bill, it will make clearer the unfair and gendered way that we view female reproduction rights.

“Men have to answer for their actions and so forth. So if there’s going to be an emission, it would have to be done in a hospital where the semen could be preserved for future pregnancies or it would be directly deposited into the vagina of a woman.”

The requirement of a 24 hour waiting period is similar to many laws on the books regarding abortions across the nation. The rectal exam is meant to mimic the invasive vaginal ultrasound that states have also required as prerequisite to abortions, a medically unnecessary and invasive procedure.

While legislators fight to avoid covering birth control for women and even argue that men shouldn’t help cover prenatal care, women are merely hoping for access to healthy options and a choice.

As state legislatures continue to attack women’s choice in regards to abortion, birth control, and other avenues, it is more clear than ever that representative representation is vital for women’s health.