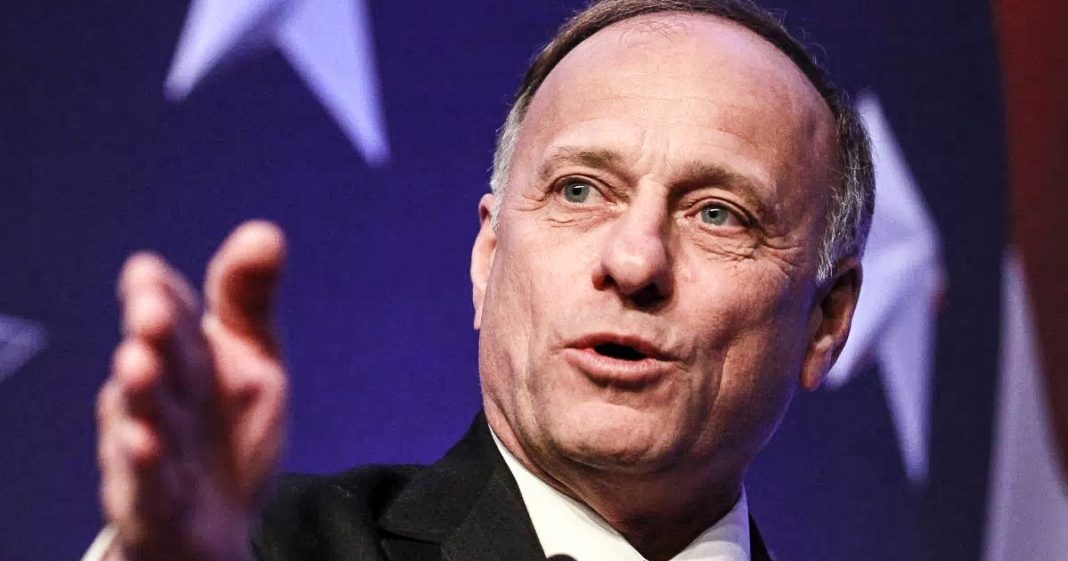 Republican Representative Steve King decided to launch into a racist Twitter tirade on Sunday, saying that we can’t rebuild “our civilization” with “someone else’s babies,” meaning that we need white people to rebuild his ideal white society. The tweet earned the praise of former KKK leader David Duke and the drew the ire of every sane person on Twitter. Ring of Fire’s Farron Cousins discusses this.

Republican Representative Steve King from Iowa tweeted out this past weekend that we cannot rebuild our civilization with other people’s babies. Now this may seem like an innocuous statement, but it really wasn’t, and the folks on Twitter were very quick to pick up on this. What Steve King was referring to was that we can’t rebuild White America with foreign immigrants, other people’s babies. Steve King is saying that he wants to rebuild this White civilization, this myth, that he somehow has in his mind of what America is supposed to be. A nation of people that look exactly like Steve King. A nation of people who do not want people with different skin colors or people who worship different gods to enter this country that belongs to people like Steve King.

Steve King has a very long history of associating with White Nationalists, both here in the United States as well as in Europe. This tweet that he sent out this past weekend was actually lauded by David Duke. David Duke, the former Grand Wizard of the KKK, applauded Steve King, Republican Representative from Iowa, for this tweet. If you think that this tweet has maybe been misconstrued, I suggest you look at David Duke and his tweet, and his applause for Steve King, because there was no misconstruing here, there was no badly worded phrase. Steve King actually went on national news later in the evening and defended this tweet saying, “I said what I meant.”

Steve King is a racist. Okay? There is absolutely no other way to phrase that. There’s no other way to spin it. He goes out there says this thing, “We do not want other people’s babies, foreigners, in this country, because we have to rebuild our civilization.” The civilization, okay, by the way, that we built by destroying the indigenous peoples who were already on this continent when we landed here. This is not our civilization, and it sure as hell isn’t a White civilization. Steve King, open your eyes buddy. We’re the immigrants. We’re the foreigners. We’re the people who took this land forcibly and slaughtered the people who were here. If we want to rebuild American civilization, then I suggest you go ahead and buy a one-way plane ticket back to wherever it is your ancestors came from, because you, just like most other people in this country, your ancestors came here as immigrants. We took over this land.

Furthermore, it makes no sense, both economically, both in terms of scientific advancement, in terms of just general equality, to want to keep anyone out of this country. “Yeah, maybe we get those bad hombres,” like Donald Trump talked about. Maybe we should keep them out. When we look at the fact that 83% of the top science and math students in high school, in the United States, are actually the sons and daughters of immigrants, yeah we kind of need those people here because they’re helping us. They’re helping us with scientific advancements. They’re helping us grow as a country. They’re providing to our economy. They’re the reason the United States continues to grow.

People like Steve King want to hold that back. They don’t want those people over here. They’re happy to kick every dark-skinned individual out of the United States and let this country devolved into some sort of hell hole with no economy, no environment, just a bunch of White guys running around acting like they’ve been here since the beginning of time. That is the civilization that Steve King wants to rebuild.