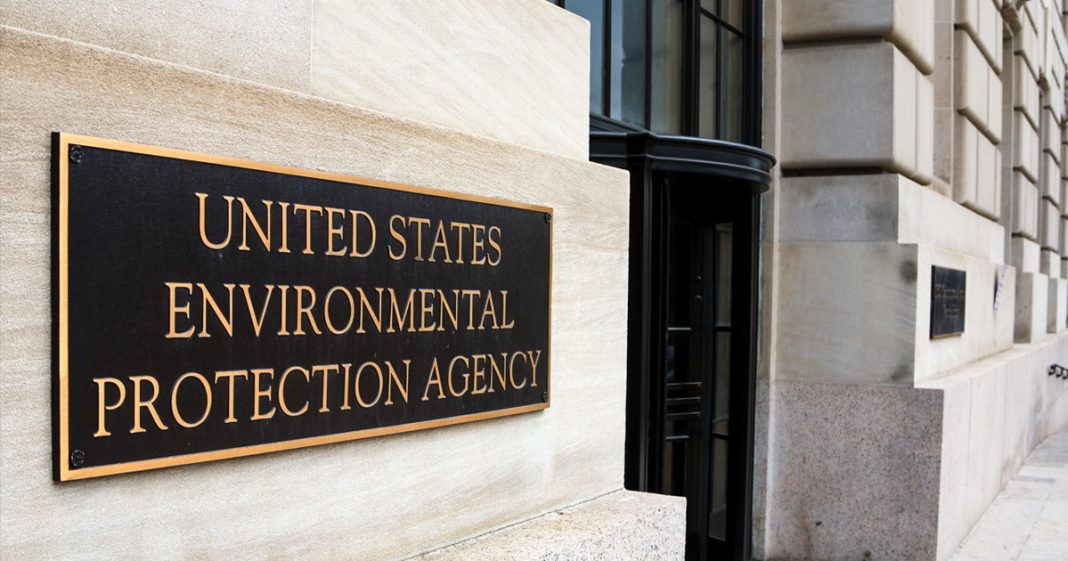 While the news media is covering Trump’s Twitter feed, Republican’s are quietly devising policy that will kill regulations that protect our environment, our safety and our health. Investigative journalist, David Dayen, joins Ring of Fire’s Sam Seder to discuss who’s getting rich off Paul Ryan’s deregulation efforts.

Sam: David, we are now almost a month and a half into the Trump administration. While all of the intrigue about Donald Trump and his coterie of ne’er do wells, all of the attention is on their Russian intrigue and Donald Trump’s tweeting and the potential of an FBI investigation or non-investigation or Barack Obama’s personal eavesdropping on what’s going on in Trump Tower get all the attention, we have this situation in terms of actual policy and in terms of how the rubber meets the road in Washington, D.C. We have the Republicans really unable to get any of their major legislative projects off the ground, but they are still with the help of some executive orders able to achieve at least tangible results from their perspective.

David: I think we shouldn’t ignore the fact that the well-oiled machine that Donald Trump has been claiming exists in Washington is inoperative except for in this case of deregulation. The New York Times has compiled this data, and you can see it, that dozens of regulations that were set to go under the Obama administration have been delayed. In several cases they have been outright rejected through a process known as the Congressional Review Act. Congress has nullified a handful of these rules, and just the very act of putting in place officials running federal agencies that have no interest in that agency, a lot of these rules have been effectively nullified by neglect. The combination of all that is a for corporate America, let’s say, an environment that is simply far more permissive before January 20th.

Sam: Steve Bannon, when he went to CPAC, I think, gave the clearest distillation of a big part of the Trump agenda and frankly, the Republican agenda when he said that the picks to head most of these cabinet agencies, or I should say at least the regulatory ones was deconstructive picks, picks to essentially undermine, undercut the mission, the structure and the process of these agencies. It’s quite clear, and he was very explicit about it because at this point there’s not much anybody can do about it. It shows the power of A, the presidency but B, how much easier it is if your agenda is to just tear down because you don’t care where things land, really.

David: Right. It’s particular agencies as well because this President has no problem with big government when you’re talking about Immigrations and Customs enforcement moving mountains to deport millions of people or building up the military, and making use of defense contractors and increasing the power of the imperial state. However, these other agencies, it is very clear that their agenda is to hollow out the administrative state and the regulatory apparatus. It’s not just done by rule-making. For example, there was this decision on H-1B Visas which the Trump administration … These are Visas for high-skilled immigrants usually used by tech firms. They decided we used to expedite the applications of these things, but now we’re not going to do that. It’s going to take you months and months, if not years to get these processed and get Visas for these workers that you want to bring over from India, or China or wherever. That’s an example. If you slow things down, that is a point in the corner of what they want to do as well.

Another example is there was this very notable bond holder conference out in Las Vegas last week. The SEC normally sends investigators to keep tabs on what is going on in the financial industry, and they didn’t send anybody. It’s more than just making a rule or even going through enforcement activities or neglecting obvious violations of the law. It’s a general permissiveness, and it permeates all of the types of things that the Trump administration wants to pull back from. It doesn’t mean that there’s limited government in every single federal agency. In some cases, there’s much more government. It does mean that particularly for corporate America, they do not have to worry as much about compliance with federal law.

Sam: Let’s talk about a couple of these rules that have been either overturned through the Congressional Review Act or have been through executive order. What are some of the ones that stick out to you as … Again, these are rules that we didn’t necessarily have for an extended period of time or some instance they hadn’t even kicked in quite yet.

David: In most cases that’s the case, that they hadn’t even kicked in. For example, through the Congressional Review Act which only requires a majority vote in each House of Congress to nullify a rule that was cast in the last 60 legislative days the previous administration. That goes back to last June because of the way legislative days are counted. The one rule was protecting rivers and streams from mining waste. That was thrown out. A second rule was an anti-corruption rule around oil and gas companies having to disclose the payments that they made to foreign governments to get into those markets. That was overturned. The third rule is the social security administration forwarding information on mental health to the national gun background check program. That was nullified as well. Those are through the Congressional Review Act.

There have been some executive orders to look into overturning or set in motion the overturning, for example, the Waters of the US rule which clarified and expanded the Clean Water Act to cover many more bodies of water. There is the fiduciary rule which is the Department of Labor initiative to have investment advisors be forced to operate in the best interests of their clients. This is on a whole host of subjects whether it’s environmental law, or workplace safety, or public health, or even consumer protection, and securities protection and Wall Street protection. The bottom line is all the same here, the assumption that the Republicans say is that these are all job-killing rules, job-killing regulations, and that if you get rid of them, then prosperity will return to this country.

What I think is clear simply by the fact that the stock market is going wild at the prospect of all this deregulation is that the benefit of this savings in compliance will not go to more workers or to consumers in the form of lower prices. It will clearly go to investors, to shareholders through buy backs and dividends and to executives themselves in terms of their pay packages. This is all about increasing corporate profits. It’s practically a second tax break through deregulation. It’s purely a money line directly into corporate America.