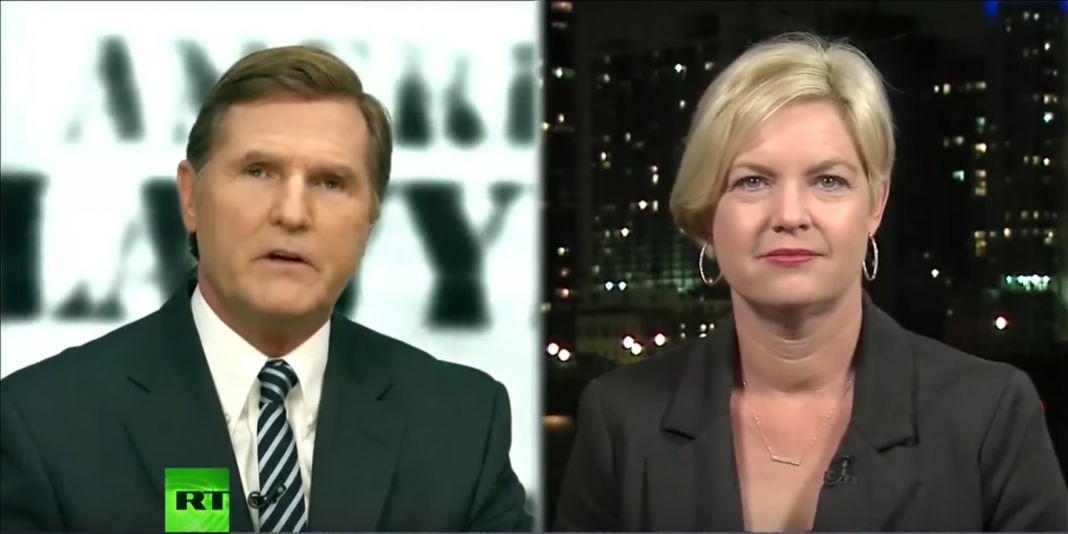 A new lawsuit is targeting Louisiana Governor John Bel Edwards and the state’s public defender system. Attorneys with the Southern Poverty Law Center and Lawyers’ Committee for Civil Rights have filed suit saying a court appointed monitor is needed to fix the systemic problems in the system, which is underfunded, it lacks oversight.

Mike Papantonio: Mollye, this sounds like a Louisiana story. It’s not. We’ll talk about Louisiana because it is a microcosm, but the truth is this is going on all over the country where we tell people that they have certain rights to have a public defender, but those rights are disappearing state by state. Louisiana is just one example. Talk about this a little bit please.

Mollye Barrows: Yes, you’re exactly right, Mike and it’s … Louisiana is the best example right now, because the bottom line of what’s going on in that state is money. Unlike any other state in the union, Louisiana’s public defense system is largely funded by traffic tickets and other criminal fines and fees. Well, that means that their budgets go up and down with collections and so do services for the indigents, services that are supposed to be constitutionally guaranteed, like a right to a good defense. The lawsuit contends that many defendants are left with no one to investigate their cases, or provide proper representation. In fact, the suit names 13 plaintiffs from across the state who say, in some cases, they spent months in jail with little to no contact with their court appointed attorney and these are just folks that even got a court appointed attorney. Some folks are waiting.

Mike Papantonio: So we see, like with these state legislators, all over the country, cutting back and cutting back on the right to a defense. I mean, that’s basically what’s happening. What are the public defender offices in Louisiana doing when they become overburdened by clients? What are you seeing when you follow this story across the country? What are they doing?

Mollye Barrows: Well it’s really unbelievable. Going back to your point of they’re supposed to be able to have representation, three quarters of the public defenders’ offices in Louisiana are so financially strapped, they’ve either stopped accepting new cases or they’ve put people on waiting lists for an attorney. Civil rights attorneys, those that have filed this suit, say the result is that Defendants are much more likely to plead guilty to crimes they didn’t commit, or to be wrongly convicted because no one’s there to fight for them so it is continuing to be a problem. They’re looking for solutions, but according to the folks that filed this suit, they don’t think they’re really going to be looking hard enough, because the culture is, “Hey this is just the way it is. It’s not going to change,” and they’re not sure they even want it to change in Louisiana.

Mollye Barrows: It’s interesting, in this particular lawsuit, they’re not looking for money or the release of any inmates. They just want the state to run a proper legal defense system that doesn’t violate the constitutional rights of poor people and it’s especially interesting in Louisiana, because attorneys for these defendants say because funding and oversight problems are so systemic, that it will take the help of a monitor. They believe it will take a monitor appointed by the Louisiana Supreme Court to fix it. According to the New Orleans Advocate, public defenders in Louisiana are already handling double the recommended maximum case load and without that, they feel it will continue to be business as usual in that state. It already has the highest incarceration rate in the country. Most of those people they’re incarcerating, poor black people. So when you look at the way it’s working [crosstalk 00:03:39] system to defend poor black people and put them in jail.

Mike Papantonio: Well, let me ask you something. We’ve always known that a person and some cat in an Armani suit that drives a Mercedes has a better chance at having criminal representation than somebody who doesn’t. But now this is taking it to a whole new point. We have people now who are entitled to a public defender, but state by state, legislators are making sure that that right disappears simply by not funding the system. Again, this is not just about Louisiana. We’re talking about Louisiana, but this is national. Do you see any end game in sight? 30 seconds or so … What’s your take on that Mollye?

Mollye Barrows: It’s going to be interesting. It’s going to take more lawsuits like this, Mike. That’s my personal opinion because these defense offices, no matter how impassioned they are and no matter how enthusiastic, they’re overworked and underfunded, whether it’s Louisiana or other states across the country. Louisiana’s problem is far worse because the state, obviously, isn’t doing enough to fund it, but the real issue is that: Are they making money off incarcerating people? That’s one thing I’d really like to look into a little bit more.