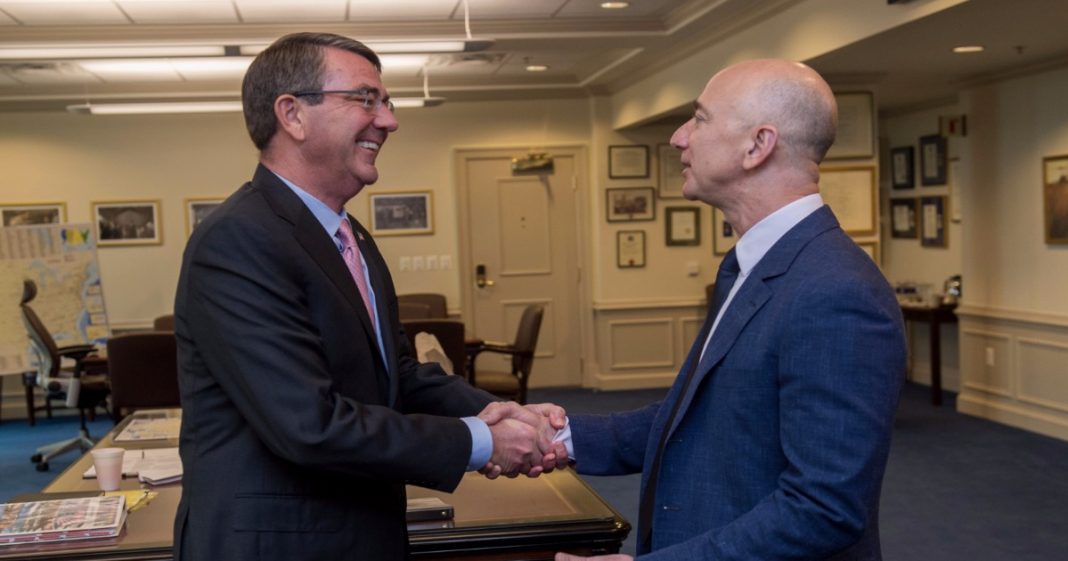 In 2013, Amazon founder and CEO Jeff Bezos completed his purchase of The Washington Post for $250 million. That same year, it was announced that Amazon Web Services scored a $600 million contract to develop a cloud-based server for the Central Intelligence Agency. Despite calls from media watchdogs, The Washington Post still does not disclose their owner’s relationship with the CIA in its relevant stories, even as the publication continues to assault WikiLeaks’ credibility. The connection of the online giant Amazon and the CIA has even prompted people to hilariously ask Amazon’s person digital assistant, “Alexa” about CIA eavesdropping.

The secrecy surrounding WikiLeaks comes as no surprise though, as the paper’s own reporters were shown to buddy up to Hillary Clinton’s campaign advisor John Podesta in the WikiLeaks DNC email release. In addition to Juliet Eilperin giving Podesta the “head’s up” on stories, Karen Tumulty would ask Podesta about the angles she should take in stories, and Anne Gearan was revealed to be a “big fan” of Hillary’s in the DNC leaks. Of course last month, it was revealed that Podesta would join The Washington Post as a columnist.

This makes perfect sense, as Bezos’ political powerhouse of a news outlet aims to discredit WikiLeaks. A quick search of The Washington Post quickly reveals their testy stance on the recent “Vault 7” leaks from WikiLeaks. Headlines that question the source of the leaks, that make sure Russia is still blamed for the DNC leaks, and other such lines that brush aside the CIA overreach, while continuing to condemn WikiLeaks dominates their search page.

It is crystal clear that The Post has at least some relationship with the CIA. After all, counter intelligence officials leaked the contents of a conversation between Michael Flynn and a Russian diplomat to The Washington Post. Though, this is not historically unprecedented. In 1977, Carl Bernstein, left The Washington Post and published an expose on the CIA’s army of journalists.

Despite calls from media watchdogs, The Washington Post still does not disclose their owner’s relationship with the CIA in its relevant stories. Donald Trump’s war on the media and his sharp criticism of the intelligence community is quite simply, one in the same – with The Post in bed with the CIA. It seems that the shadowy intelligence community now has a very powerful mouthpiece in Washington. It is amazing what $850 million will buy.