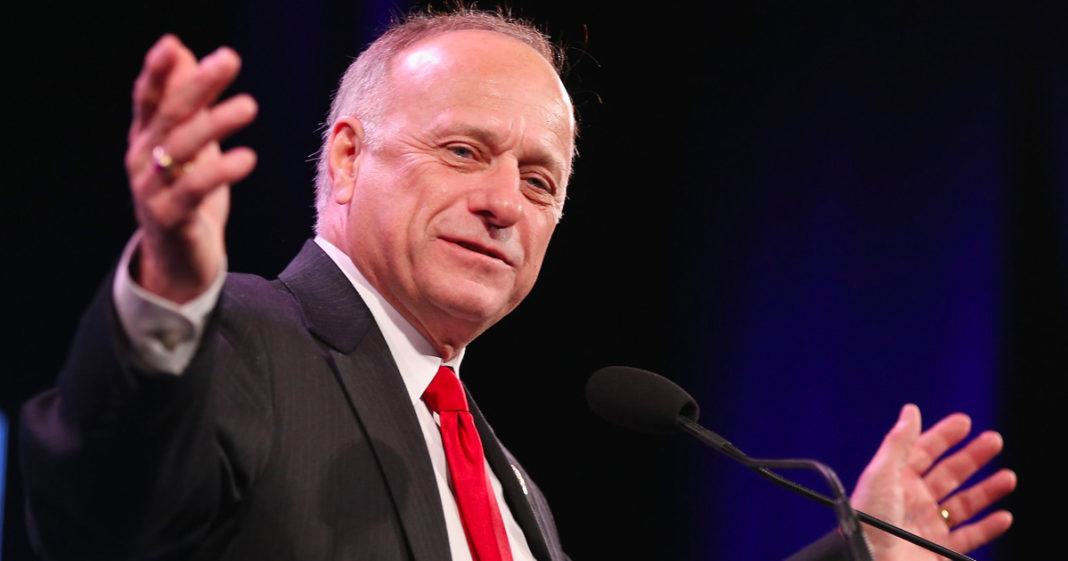 As we have already learned, when you allow a rough-spoken bigot to take residence in the White House, it becomes much harder to hold those in lower offices to any higher standards.

Enter Congressman Steve King, who, over the weekend, made waves when he posted a racially-charged tweet calling on those who identify with him to engage in a birth-war with the “other.”

“[…] culture and demographics are our destiny. We can’t restore our civilization with somebody else’s babies.”

King’s tweet was a response to an overtly racist cartoon which showed Dutch politician Geert Wilders, a far-right politician in the style of France’s Marine Le Pen and the U.S’s Donald Trump. Wilders is featured in the cartoon as a ‘boy with his finger in the dike,’ except rather than barely holding back a flood of water, Wilder’s small effort is holding back a massive green tide of Islamism in the wall of Western Civilization.

King’s argument is not an uncommon one, in fact it is the entire basis of religious movements like Quiverfull, which encourages the devout to “be fruitful and multiply,” in order to overwhelm the number of non-believers by sheer numbers. The most famous example of this practice is the controversial Dugger family, stars of former reality TV show “19 Kids and Counting.”

In King’s mind, the best way to restore order in America is to give birth as many pure white babies as possible to be raised American in order to stamp out any multiculturalism or even – egads! – racial minorities.

Now King has since defended his remark saying that he was merely speaking about culture, rather than race – but that appears to be more coded language from the Congressman. After all, just last week the same man called for a “purge” of all Obama-era appointees in government.

In response to King’s comments, the Congressman has been widely condemned by his colleagues and from the media. Some have even called for King to be censured, that is, to be removed from any Congressional Committees he currently sits on.

Wilders understands that culture and demographics are our destiny. We can’t restore our civilization with somebody else’s babies. https://t.co/4nxLipafWO