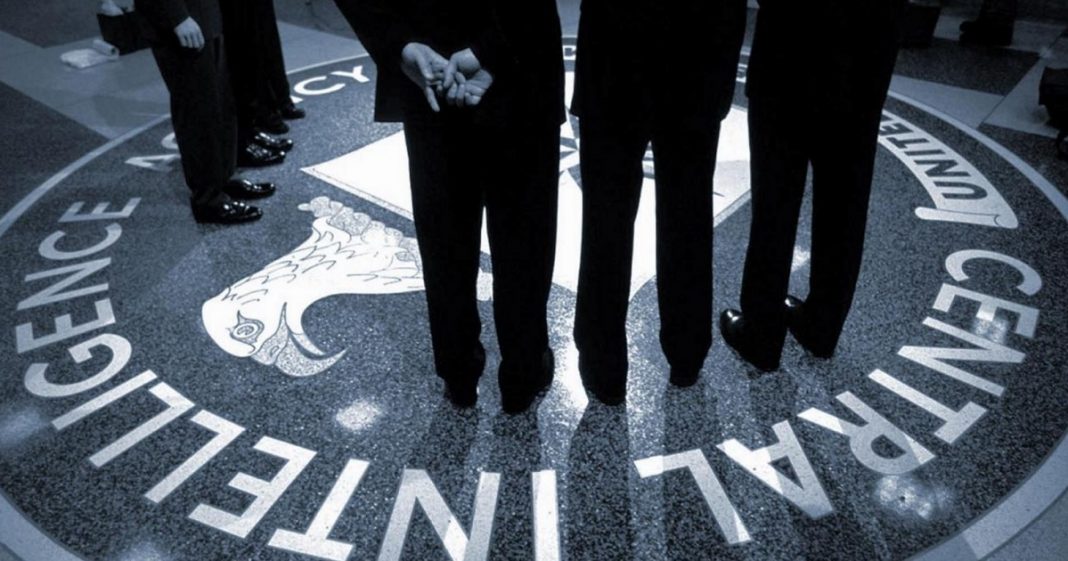 A few weeks ago, The Ring of Fire shared a story of warnings from journalist Glen Greenwald and former Ohio Congressman Dennis Kucinich. Those warnings were about the consequences of intelligence agencies such as the CIA and the NSA siding with Trump resisters as they attempt to overthrow our nominally democratic government, replacing it with themselves – appointed bureaucrats who are unaccountable to We, The People. Now, elements of that “Deep State” are going to war with each other over that very issue.

Like the legislature and the judiciary, the Deep State is divided into two broad factions. One of these includes the CIA and other security agencies who have generally taken their marching orders from Wall Street. It is no secret to anyone who has been paying attention over the past several years that regardless of whether there are Democrats or  Republicans in control, the federal government inevitably defers to the Lords of Finance – in spite of the harm it does to the citizens of this country.

The other faction, rooted in the military and ironically described by author Charles Hugh Smith as the “progressive” wing of the Deep State, is now realizing that the real threat to democracy and civil liberties is the power of Wall Street – and its handmaidens in the CIA.

Therein lies the basis of the conflict.

After two generations of neo-liberal economic policy, disparities in wealth in the U.S. has reached dangerous, unsustainable levels. Now, the country is being run by the most openly-corrupt Administration since Warren Harding. Trump, his cronies, and his enablers in Congress are bound and determined to finish the job by transferring – by legislation when possible, by thievery when necessary – the last of the wealth and resources held by the poor and the middle class directly into the coffers of its Wall Street masters.

Wall Street has over-reached to the point that it poses a threat not only to the government that has enabled its excesses, but to the Deep State itself. It is possible that Deep State players were ultimately responsible for undermining Hillary Clinton’s candidacy as a last-ditch effort to save the U.S. from another Administration ultimately beholden to Wall Street. That strategy has backfired in a big way.

In their attempts to correct this mistake, the Deep State first spread propaganda claiming that Russian hackers had manipulated the election in favor of Trump. With no hard evidence to back up such claims, that approach has fizzled. Next, they tried to convince the public that Trump has been collaborating with the Russians. They’ve even dragged former President George W. Bush out of retirement to demand that “we need answers.”

Now, “rogue elements” in the Deep State – what Smith labels the “progressive wing” – have leaked information revealing the CIA’s game. Those players, made up of people who have worn uniforms and gone into harm’s way, know the real stakes. They understand that should the Security State take over, there would be no restraints on power and no accountability. The civil liberties and rights they signed up to protect would be gone.

That would be far more dangerous to America’s domestic and foreign interests than any “threats” from immigrants and foreign terrorists – and they know it.