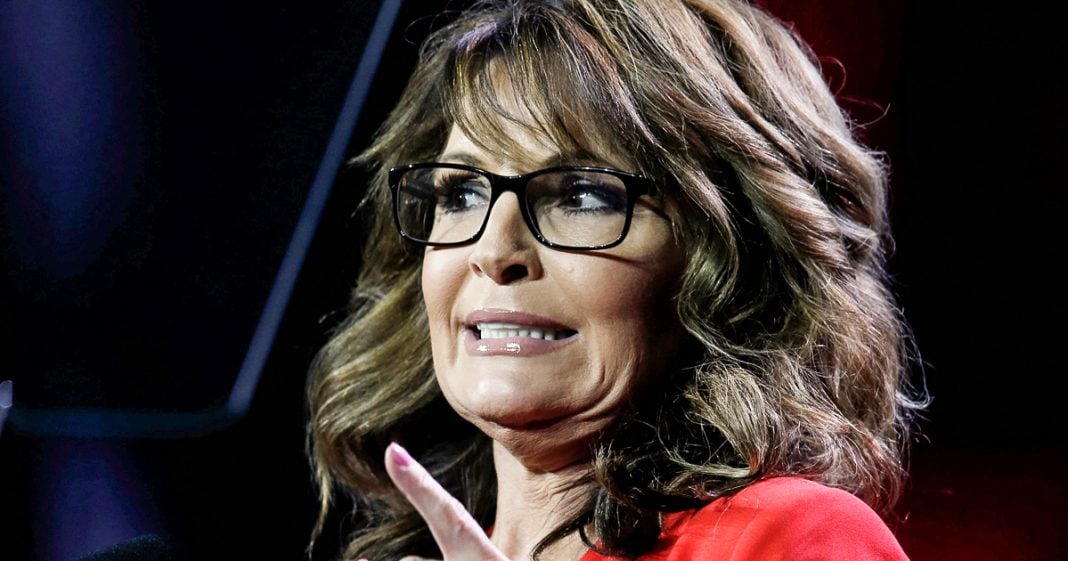 Sarah Palin blasted the GOP’s new healthcare plan in an interview with Breitbart recently, adding her name to the growing list of Republicans who think this is a bad idea.  Unfortunately, Palin hates the bill for the wrong reasons, saying that it is basically Obamacare-Lite and that it is still socialized medicine. Oh well, at least she tried. Ring of Fire’s Farron Cousins discusses this.

Yet another Republican has come out saying that this Paul Ryan/Donald Trump Care health plan-type disaster is a bad idea, and this Republican happens to be one who’s got a lot of sway over the Tea Party. Former half-term Alaskan governor Sarah Palin came out this weekend in an interview with Breitbart and said that she does not like this GOP healthcare plan, which she calls rhino-care.

In her mind, anything that Congress enacts for the American public must also apply to Congress. Not a bad idea, but that’s not the reason she hates this GOP healthcare plan, and in fact, her hating it is about the only thing she has in common with the actual critics of the Republican healthcare plan, because Sarah Palin hates this healthcare plan because she believes it is still socialized medicine, even though I’m pretty sure she could not define those terms. What she thinks is happening is that the government is still out there saying, “Get health insurance or die,” basically. “Get health insurance, or pay us a butt-load of money, and then you’re okay.”

Sarah Palin doesn’t quite understand the logistics of the law, the logistics of law itself, or the logistics of healthcare. Let me read you a quote from this interview that Sarah Palin did with Breitbart. “As with anything else mandated by Congress, every single dotted I and crossed T better apply to them, too.” Fair enough. “And not just the people who they are [lording 00:01:41] this thing over, because remember, this is government-controlled healthcare, the system that requires enrollment in an unaffordable, unsustainable, unwanted, unconstitutional continuation of government-run medicine.”

First of all, Sarah, unconstitutional, what? How is this thing unconstitutional? Unwanted? Yeah, the Affordable Care Act is seeing its highest approval ratings ever, and in case you haven’t noticed what’s happening to your fellow Republicans at town hall meetings, people are pissed off at the thought of losing the Affordable Care Act. So before you go out to fake news sources like Breitbart and make all these unfounded claims that people don’t want this, the Constitution says you can’t do this, I suggest you start paying attention to what’s happening in the world around you.

Now, I know that’s difficult when you’re up there in your little Alaska bubble and you don’t have to do deal with anyone out here in the real world, but those of us who’ve spent, I don’t know, five seconds online, five seconds reading a newspaper, we see what people want. We know what the Constitution says you can and can’t do, so please, for the love of God, Mrs. Former Half-Term Governor, leave issues like healthcare to those of us who read newspapers or who watch news sources other than Fox News and read websites that aren’t Breitbart, because you’re out there poisoning political discourse with your ignorance. Nobody cares what you have to say, so please, Sarah Palin, go away.