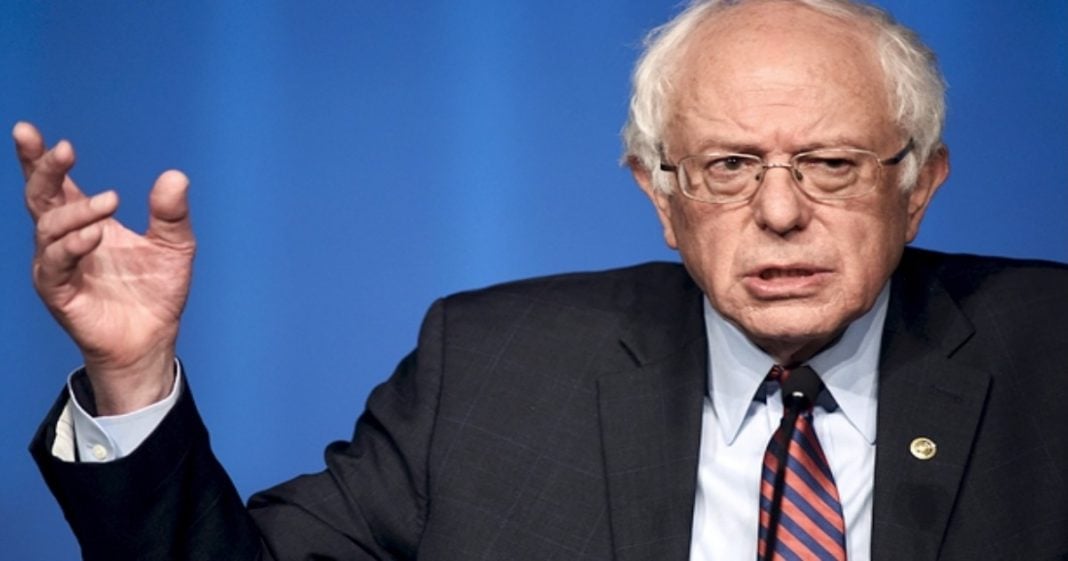 Responding to the newly-released Congressional Budget Office report on the Republican-proposed AHCA plan, Vermont Senator Bernie Sanders said that the numbers released on the Republican’s plan show that the Obamacare replacement is “disgusting and immoral.”

What’s more, the Senator repeated past criticism of the Republican plan to repeal the ACA, declaring that without access to healthcare, “thousands of Americans will die.”

“[People] not able to get to the doctor when they must. Thousands of Americans will die – that’s what this legislation is about. And it must be defeated. I hope there is enough sense among some of the Republicans to vote against it.”

Indeed, Sanders’ strong statement on the AHCA are absolutely correct. The newly-released numbers from the CBO claim that as may as 24 million people will lose coverage within the next decade, while premiums for insured Americans will rise as much as 20 percent.

A cut to the federal deficit means little if thousands of Americans whose lives could have been saved will die simply due to lack of healthcare access.

These estimates come from the general understanding that when your average American has access to healthcare through insurance, they tend to live longer than an uninsured American. It makes sense when you consider the important role in preventative care in preventing deaths.

Without insurance, Joe American cannot get his yearly checkups and might ignore the pain in his leg which might result in a blood clot headed straight for his heart. Sally American might self-medicate her diabetes when she cannot afford the healthcare and pharmaceuticals she needs. These people die far often than those who attend yearly wellness checks and are able to go to the doctor a couple times of the year for colds and flues.

So while Senator Sanders’ statement may sound extreme, it’s not in the least. When Paul Ryan and the rest wage war on healthcare for all, they are signing the death certificates of thousands, most of which are low-income and minority.

Sen. Bernie Sanders reacts to the CBO report on the AHCA, saying “it must be defeated.” pic.twitter.com/mrYX6AKR4M