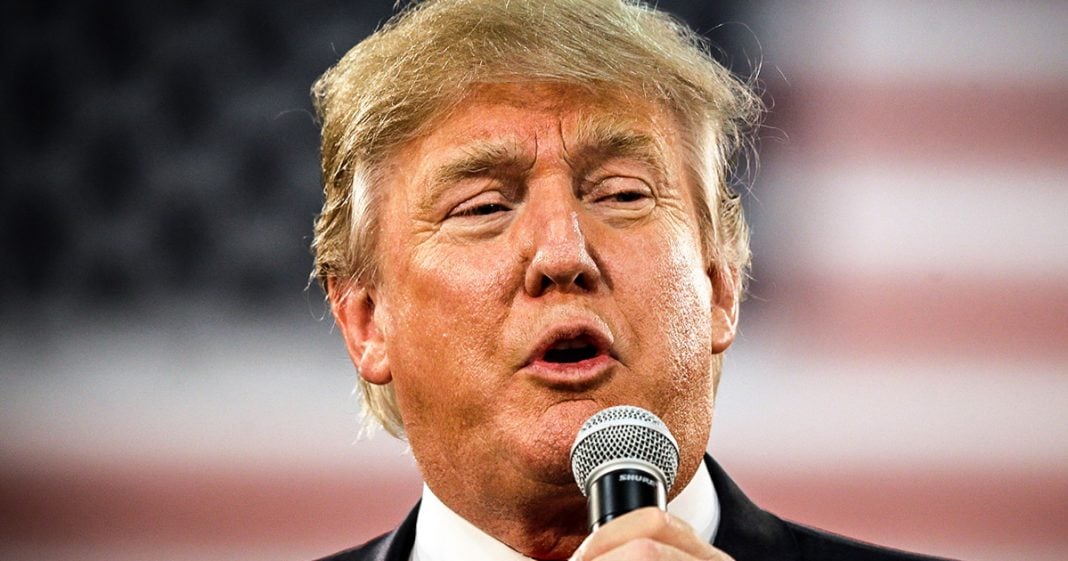 No, President Obama likely did not personally order then-President-elect Donald Trump’s phones to be tapped. The President does not normally get that personal with a wide-ranging investigation being conducted by the Department of Justice. Taking to Twitter to make such an outrageous claim was at the very least immature and unprofessional on the part of Trump. However, the media’s tune throughout has shifted dramatically based on the story they wanted you to believe. They ran with a story until it was more convenient to run the other direction.

We can all probably agree that Donald Trump’s wiretap claims are false, right? It is pretty outrageous to think a sitting President would tap the phone of an incoming President of the other party. So, we have that out of the way, right? – probably didn’t happen.

Still, something funny happened this week. The New York Times published a long explanation and a Q & A site to track their reporting of the incident. What on earth are they having to explain? I mean… outlandish President makes outlandish claim… we all quickly shoot it down and live happily ever after.

The problem is that the President and his media darling Breitbart based their information about the possibility of wiretapping from… The New York Times.

You may remember that back in December that President Obama ordered a full investigation into the Russian involvement in our election. So, in January when it was reported by the Times that US counterintelligence officials were monitoring Russian communications, it was no surprise. We also didn’t bat an eye when the ACTUAL CONTENT of a phone conversation between national security advisor Michael Flynn and a Russian Ambassador leaked to the press in February.

The press spoke glowingly of the Department of Justice, FBI, and even the Obama administration for the amazing work they did to crack down on these illicit activities. It was all part of their wider story that romanticized President Obama as he left the White House. They painted him as some Old West Sheriff catching the bad guy as rode off into the sunset.

But, as soon as it was easier to spread outrage, the media changed its tune. Being that it is all about likes, shares, and retweets, the media had to lead the outrage charge! Yes, Trump is immature, unprofessional, and his Tweet is inaccurate. But, it isn’t an outright lie.

Let’s recap, the DOJ under Obama leaked an actual transcript of a conversation between Michael Flynn and the Russians, you have to remember that the Trump transition team was working out of Trump Tower. So, in some form or fashion, phone conversations coming from Trump Tower were “tapped” – and that information was leaked to the media. It isn’t “Obama tapped my phones” but… it isn’t THAT far off. It isn’t proof of Trump’s claims – like some right wing outlets are saying. It is simply proof that the mainstream media had an agenda.

Look, Donald Trump isn’t right, he most certainly isn’t. We still need to know the full extent of his team’s involvement with Russia. There are far too many lies and far too much smoke for things NOT to be investigated. In one of The Washington Post’s stories about Michael Flynn, they point out that it wouldn’t be that odd if Trump’s team came out and detailed the talks they had with foreign ambassadors. It wouldn’t be hard to imagine that they talked with the Russians. But, by attempting to whitewash any contact they had with Russia raises suspicions tremendously. There is simply a lot of shadiness going on when it comes to Trump and Russia.

But that’s not the point… the point is that that the corporate media had a storyline that they wanted to run with, until running in the other direction was more profitable. Objectivity went out the window. And yes, Ring of Fire jumped on Trump for his tweet… his tweet was unprofessional and childish. But, the beauty of working here – our staff all has different opinions and we are welcome to tackle an issue from any angle we want. We just all happen to lean left of center – and we own that. But for the press that is more concerned with selling ads to CLAIM to be objective is simply erroneous. To get so muddied with a story that you have to publish a “Q and A” — that’s pretty bad and only serves to feed the Breitbarts of the world more ammo.