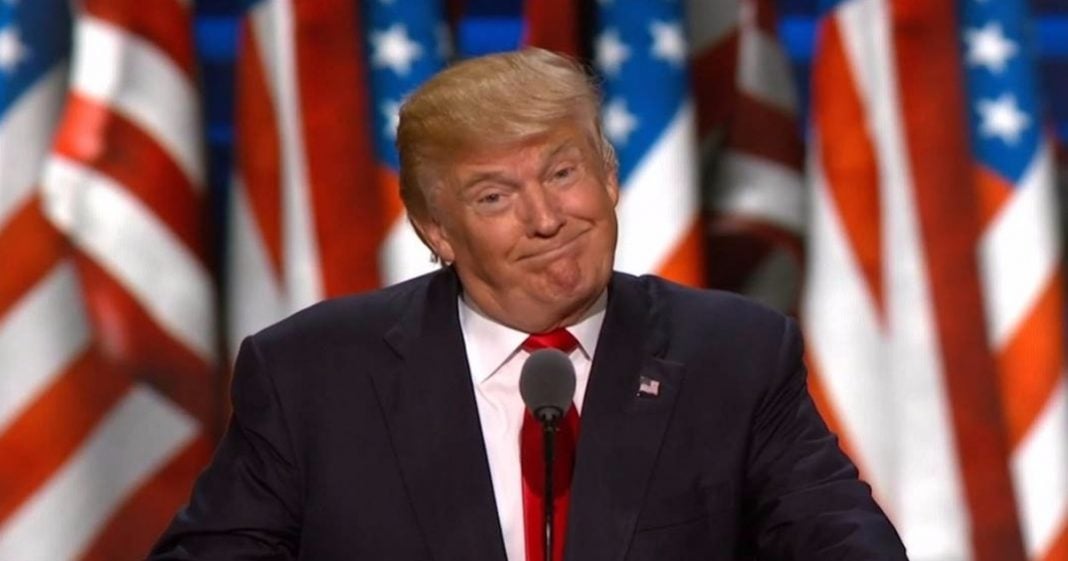 Does anyone remember Trump’s “America First” rhetoric on the campaign trail last year? Granted, his foreign policy was not always clear, but essentially, he “promised” that there would be major changes in the way the U.S. has approached global issues since the end of the Second World War.

Under his administration, U.S. foreign policy would start moving away from ruinously expensive and ultimately pointless interventionist actions overseas. Other nations would be expected to step up and take greater responsibility for their own protection. Trump pointed out (in a rare moment of candor) that,

“For many decades, we’ve enriched foreign industry at the expense of American industry; subsidized the armies of other countries…the wealth of our middle class has been ripped from their homes and then redistributed all across the world.”

He made many believe that we were going to start focusing on re-building our own nation before spending billions on nation-building overseas.

Given that almost every statement Trump makes is a lie or, at best, distortion of half-truths, it should come as no surprise that he is now ramping up U.S. military involvement in Syria. Meanwhile, the head of Central Command is now telling the Senate Armed Services Committee that “additional forces” will be required  to “break a stalemate” in Afghanistan. No doubt, the so-called Commander in Chief will be more than happy to send those forces to a part of the world that has rightly been called “The Graveyard of Empires.” And of course, let us not forget that he has proposed to take $54 billion out of social and domestic programs in order to beef up the military in the name of a “security emergency” –  which is non-existent, according to a Department of Homeland Security document.

So – what is really going on here? About what you would expect. All the saber-rattling, this jingoistic, chest-beating resurgent militarism by a swaggering, overbearing, tin-plated would-be dictator with delusions of Godhood is no more than an excuse to take away resources from education, health care, and other desperately needed social programs, then channel that money right into the pockets of those who run the military-industrial complex.

The man-child who avoided serving in Vietnam because of bone spurs on his heels (which didn’t prevent him from participating in sports) wants to play Army General, to be sure Does anyone remember Bush II going on about being a “war president”? More importantly however, he wants to make his billionaire buddies in the military-industrial complex even richer.

It won’t hurt his friends in the petroleum industry, either. Back in August 2015, Trump made his Middle East agenda abundantly clear: “Now we go in, we knock the hell out of them, take the oil.”

There is another, more sinister aspect to this. It’s one we should all have been aware of, having been down this path more than once. When the country is falling apart and We, The People are increasingly turning against our leaders, there is nothing better for taking the nation’s mind off of domestic problems than to create boogie-men and stage a “national emergency.” Have we already forgotten the Bush II Administration and that debacle in Iraq which arguably gave birth to ISIS and the current mess in the Middle East?

Such distractions are also useful when an Administration is beset with scandals, as is the case for Trump.

It’s time for all the low-information ignoramuses who voted for Trump to face up to reality – you were sold a bill of goods by one of the greatest swindlers of all time. He never had any intention of doing one damn thing for you. And now, we all face paying for that naïvete. The price: our access to health care, our public schools, our infrastructure – and now,  the blood and lives of idealistic young men and women who volunteered to defend this nation out of a sense of duty and patriotism – and who, once again, will be misused by a corrupt oligarchy to defend corporate interests.