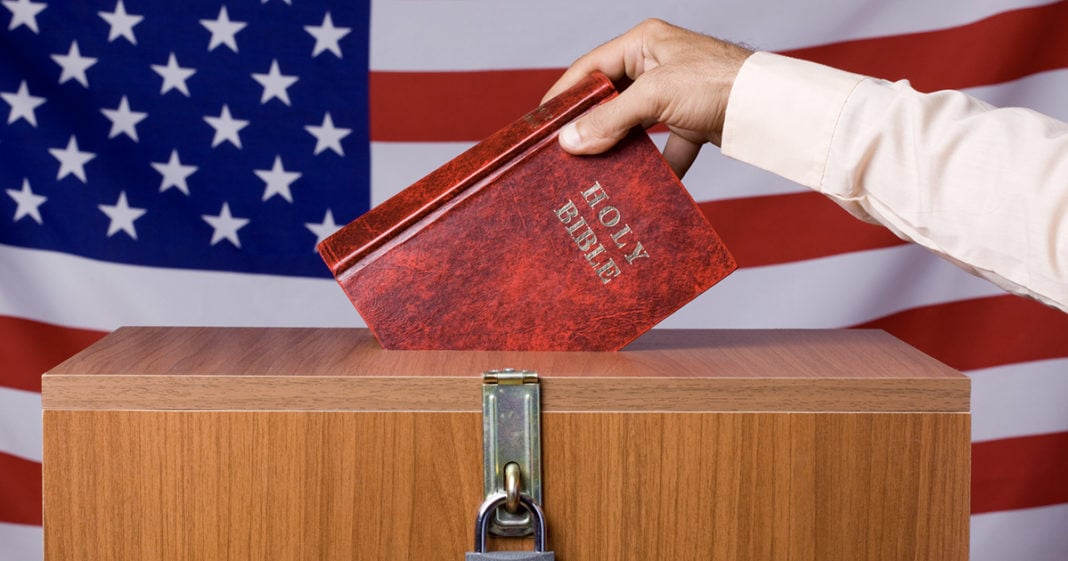 The people who stuck out, whose perceptions were radically different from others in the survey, were white evangelical Protestants. Among this group, 57 percent said there’s a lot of discrimination against Christians in the U.S. today. Only 44 percent said the same thing about Muslims. They were the only religious group more likely to believe Christians face discrimination compared to Muslims.”

The PRRI data also show that white evangelicals think things have actually gotten better for Muslims since Trump was elected. In October of 2016, the number of white evangelicals that felt that Muslims faced substantial discrimination was 12 percent higher than the February survey. This is despite the President’s pointed rhetoric concerning radical Islamic terrorists, which has led to an increase in Anti-Muslim groups across the country, as reported by the Southern Poverty Law Center.

Of course, hate crime statistics confirm that Muslims are victims more often. 22 percent of religious hate crimes target Muslims, whereas all Christian denominations combined only make up 13.6 percent. Those numbers look far worse when you take into consideration that there are a lot more Christians than Muslims in this country. According to the Pew Research Center, Christians make up over 70 percent of the population, with less than 1 percent identifying as Muslim.

This contrast in viewpoints highlights the difference in how different religious groups view discrimination. White evangelicals are shown in PRRI surveys to be more strongly opposed to same sex marriage than most other religious groups while also feeling, more than others, that they should have the right to discriminate against same-sex couples on religious grounds. With the changing trends in our country about the legality of same-sex marriage, white evangelical Protestants feel increasingly isolated as public opinion and legal rulings disagree with their religious beliefs. They also likely side with President Trump when it comes to policies regarding Muslims in the United States. 81 percent of white evangelicals voted for Trump in November, according to exit poll results.

White evangelical Protestants are a powerful group in this country, but as the country grows more socially progressive, they are finding themselves more and more with fringe beliefs. Backed into a corner, they now somehow believe that having to bake a cake for a lesbian couple is worse than assault or vandalism perpetrated against those practicing the Islamic faith. There is something very wrong about that belief, but because white evangelicals make up 20 percent of voters and roughly one-third of Republicans in our country, it is likely we will continue to see the GOP pander to their needs.