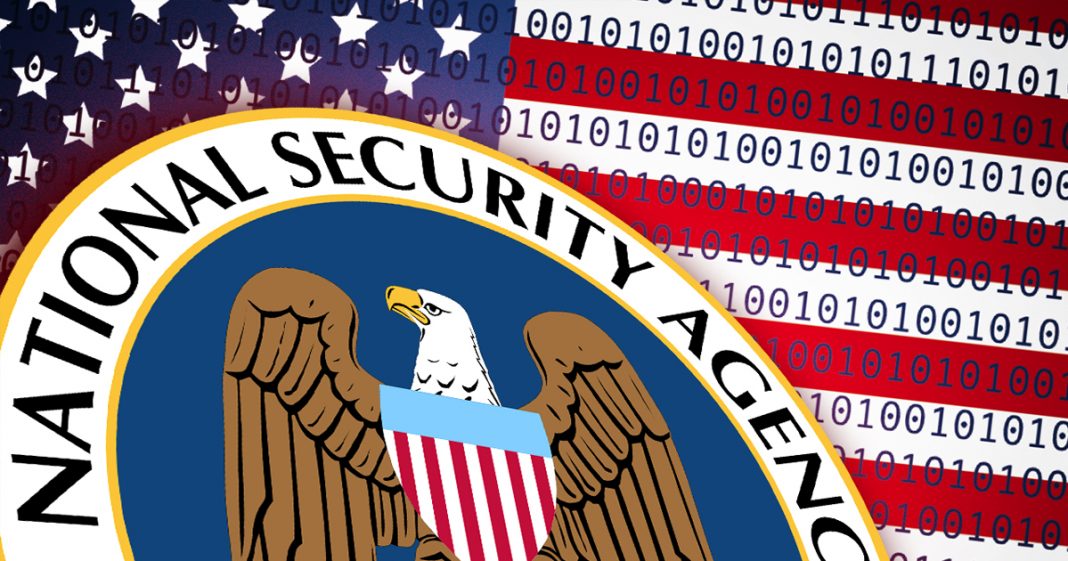 You probably heard that the CIA developed over a thousand pieces of software designed to secretly spy on you through your phone or TV. Collectively, it was like we all decided that we already knew the CIA was violating our privacy so we should just move along and that is troubling. Ring of Fire’s Josh Gay discusses this.

Tuesday the world caught a rare glimpse into the operations of the CIA thanks to WikiLeaks. You probably heard that the CIA developed over a thousand pieces of software designed to secretly spy on you through your phone or TV. They even had been working on ways to trick forensics experts into thinking that the Russians were behind any of their work.

The story barely made it through the 24-hour news cycle before it was buried under the latest goofy thing Trump said. Collectively, it was like we all decided that we already knew the CIA was violating our privacy so we should just move along and that is troubling.

There are no protests on college campuses, there are no groups knocking on Congressmen’s doors over this, and no protests outside of the CIAs headquarters in Fairfax, Virginia. There is no media outrage, demanding further investigation – because freedom and privacy are no longer values that we expect in this country.

We’ll rally for political correctness and jump on the latest gaffe of any public figure but won’t stand up for our Constitution. The First and Fourth Amendments simply aren’t important to Americans any more. Maybe it is facebook or the saturation with media that have made us numb to these types of intrusions into our lives. We react to our government’s spying on citizens and reporters with a shrug of the shoulders.

You know, The framers of our nation saw fit to make the freedom of speech and of the press the VERY first thing they addressed in the Bill of Rights. They saw the British government’s repressive censorship as absolutely contrary to the basic tenants of this new Democratic Republic. They knew a critical press was crucial to keep government from growing too powerful and turning on the public – but we felt very little when the NSA seized the AP’s phone records with Eric Holder’s blessing. Thomas Jefferson would be LIVID.

240 years is a relatively short time to go from fighting a brutal war on our own soil for our freedom to surrendering our basic rights without so much as a whimper. So how in the world did we get here?

I remember growing up, that my Dad and my Catholic school teachers would all threaten that if I did something wrong, they were going to put it in my “permanent record.” That struck fear in my heart. If I talked back to a teacher, I thought I would never be able to live it down. My principal, the college admissions office, even my future boss would read about it, or so I feared. But now, we will freely share every detail of our personal lives online.

With the First Amendment on life support, college campuses are banning speakers because they speak radically. If we don’t agree with someone, we want to shut them up. Look, I think people like Milo Yiannopoulos are disgusting – but I also believe they have a right to speak. However, instead of ignoring the bigot, they rally to censor him.

In the same way, the Supreme Court has time and time again protected privacy rights of Americans, but we just don’t care about that anymore. If our IDENTITY is stolen, our social security number, credit card numbers, or personal data are passed around the internet – we’ve gotten so used to it that we call the bank or go online and get a small settlement from a store. We don’t care that there are entire websites on the darkweb where people can pay $19.99 (or its bitcoin equivalent) to access an easily searchable database of YOUR information.

Making matters worse, we KNOW that we can’t trust the CIA with our information. IT WAS LEAKED and according to the press release from WikiLeaks – this information was floating around for months or years before they got ahold of it. WikiLeaks actually showed restraint by redacting key lines of code out of the malicious software.

The ego of the CIA to first supersede the NSA and create all of these bulk spying tools then not protect them is gravely irresponsible. While we’ve seen that cybercriminals can shut down entire power grids and our own President tells the world that we are trailing in “cyber” – we simply don’t care that we’ve lost track of dangerous weapons.

If the United States had a nuclear weapon go missing, it would DOMINATE the world news for months. There have been decades of treaties, guidelines, safeguards, and multinational talks to ensure that these dangerous weapons don’t fall into the wrong hands. But, when dangerous tools that threaten our most basic of freedoms are found to be in the hands of nefarious actors, we simply take the government’s word that they are “looking into it.”

Our apathy to all of this is disturbing. This goes WAY beyond blaming Trump or Obama. We have to blame our very culture that has allowed our rights to be walked over at every turn. For our sake I hope someday soon we start looking at the real threats to our country. These are the SAME tactics that the Soviets took against their citizens during the Cold War. Now, as our own government is waging a silent war on its citizens, we continue to blame the Russians.