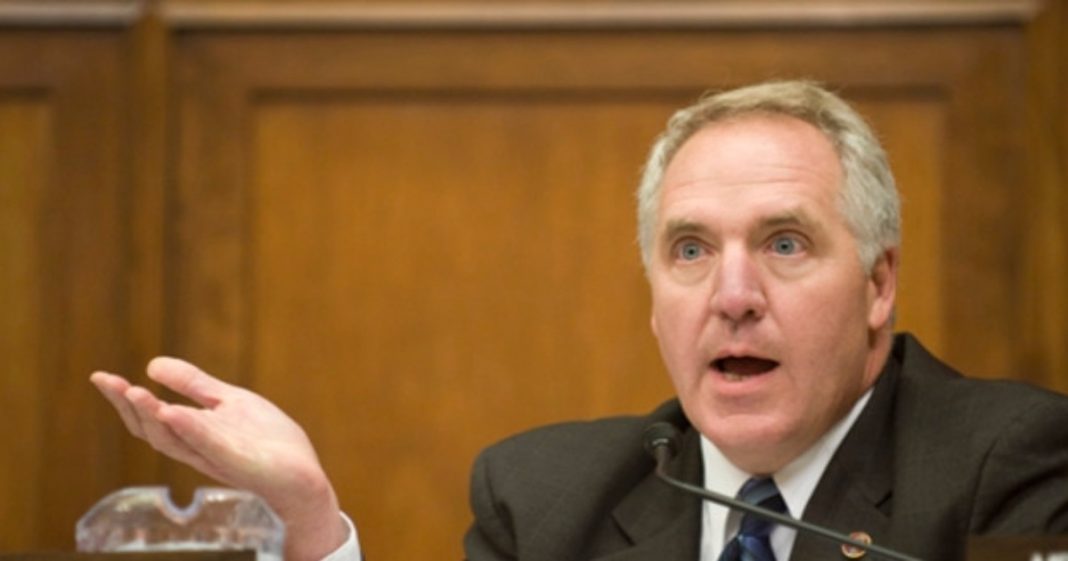 This week, Illinois Congressman John Shimkus took a page directly from the how-to-infuriate-a-woman handbook when he asked why, under the current healthcare system, men are forced to subsidize prenatal care.

The congressman made his comments on Thursday during one of many markup sessions regarding the newly-proposed Republicare bill, a healthcare plan meant to replace the ACA. Shimkus, a member of the House Energy and Commerce Committee, appeared outraged that men might have to pay for the same coverage as women – including access to prenatal care.

“What about men having to purchase prenatal care? Is that not correct? And should they?”

Others on the committee seemed confused by Shimkus’s complaint, noting that picking and choosing which medical services one receives is not currently the part of any healthcare plan anywhere in the world.

“There’s no such thing as a la carte insurance, John,” said Democratic Rep. Michael Doyle. “There’s not a single insurance company in the world that does that. You’re talking about something that doesn’t exist.”

The discussion didn’t continue on that subject, so we do not know where the source of Shimkus’ outrage is, but it appears that he feels men have no responsibility to ensure that the child their sexual activity created is treated well in the womb – that’s women’s business.

We’re not sure if this congressman thinks that human women asexually reproduce or what – he certainly knows how a child is made considering that he and his wife Karen have had three children – all boys.

Still, it is moments like this that highlight the desperate need for fair gender representation in all levels of government. Shimkus and other tone-deaf legislators like him may think that prenatal care is women’s work and that men have no official role to play in any part of baby-making and child-rearing beyond the production of sperm.

Yet if we truly want to divide healthcare along strictly gendered likes, Shimkus and the other white-haired men of this nation had better be prepared to shell out their own cash for Viagra – a government-funded product that is only used by, you guessed it, men! Oh, but women receive the benefits of that drug as well, do they? How nicely this has all circled back.

WOW. The #GOP’s reason to object to insurance covering prenatal care? “Why should men pay for it?” Watch: #Trumpcare #ProtectOurCare pic.twitter.com/Q55nG1Un8j