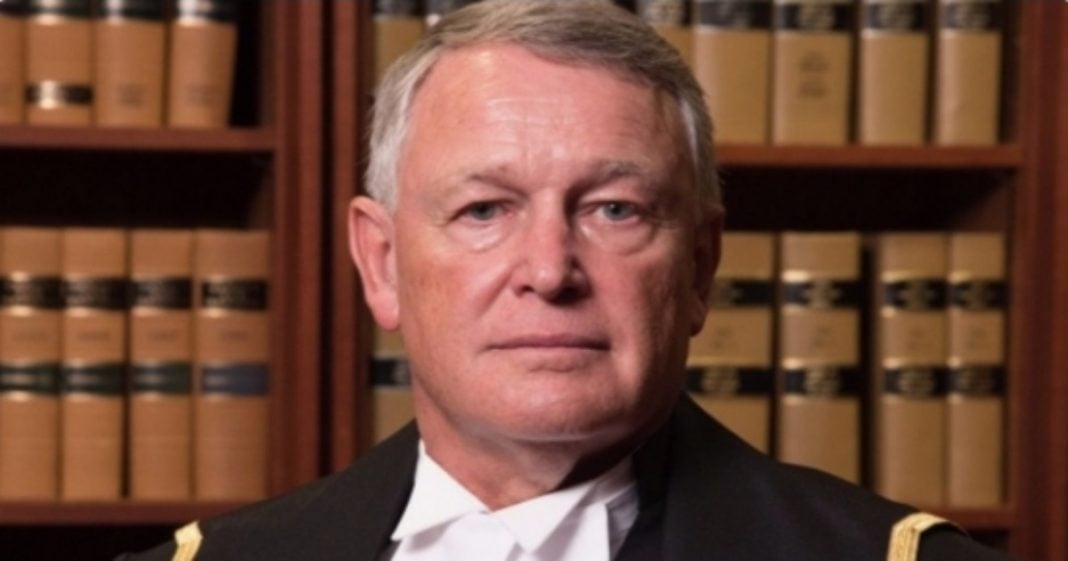 A Canadian federal judge was asked to resign on Thursday after reportedly directing a rape victim in a case he was presiding over to, among other things, simply keep he knees together in order to avoid rape.

Justice Robin Camp of the Alberta Federal Court made his comments in 2014, but it wasn’t until this week that he was asked to resign after a full 15-month investigation was made into his conduct.

In addition to recommending that the 19-year-old victim should have kept her knees together to prevent rape, Camp also told the victim that “sex and pain sometimes go together.” Later, Camp asked the victim – who he referred to as the “accused,” why she did not do more to prevent the rape, including asking her why she had not sunk her “bottom down into the basin so he couldn’t penetrate you,” as she was raped on a bathroom sink.

Eventually, Camp acquitted the accused man. He was later tried again and acquitted once more, not by Camp.

The board determined that the victim, a young indigenous woman, was treated by the judge in a “condescending, humiliating, and disrespectful” manner – clearly.

It is as if this judge had never before heard the strong anti-slut shaming campaign that has been ongoing for years. Did he also ask her what she was wearing? How about asking her what she was doing out alone at night?

Newsflash to this newly-fired judge: women don’t earn rape, it is an unwanted, unwarranted violation of their existence. Rather than telling the victim to “keep [her] knees together,” he should have been asking her attacker why he did what he did – that’s literally what a rape case is meant to be about.

His treatment of this particular victim is likely not an isolated incident. A man with these sort of regressive beliefs about women and rape has likely made horrific judgments in the past as well and his entire career should be fully examined.

Camp’s conduct is just further proof that the poison of misogyny and victim blaming continues to fester, even outside of the United States. It’s no wonder that rape is under-reported and so often not pursued legally if this is what we can expect from those who are meant to fairly judge these cases.