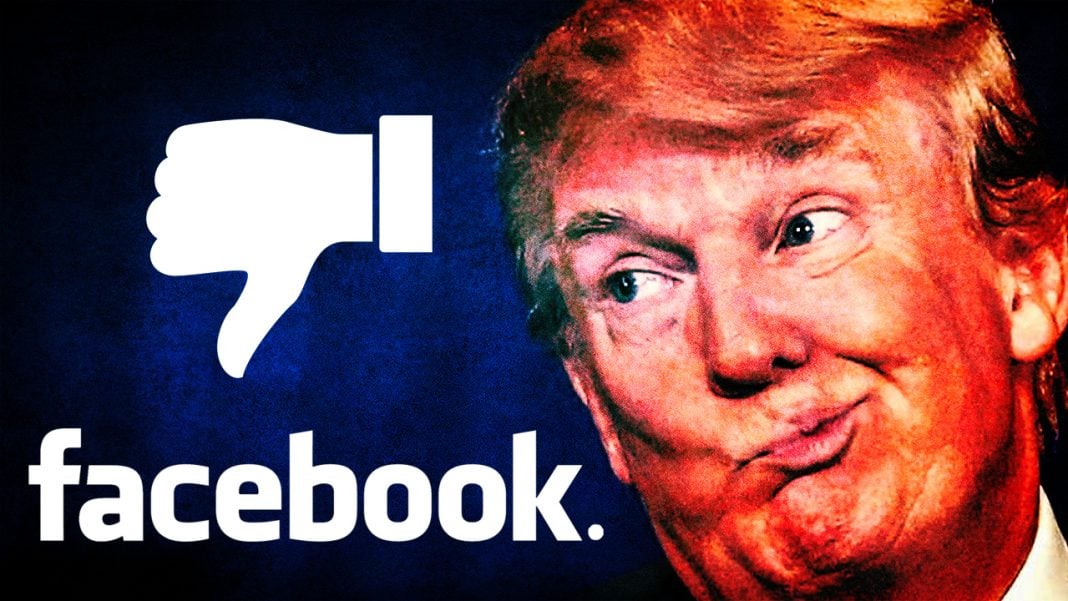 The Trump White House is apparently scouring the Facebook and Twitter feeds of potential employees to make sure that applicants have NEVER criticized our Dear Leader. After all, Trump can’t handle someone with a mind of their own, and needs an army of spineless “Yes Men” to do his bidding without question. Ring of Fire’s Farron Cousins discusses this.

In case anybody was thinking about applying for one of the many openings within the Trump administration, here is a little piece of advice: You’ll probably want to go thought your Twitter feeds and your Facebook news feed and delete any negative thing you have ever said about Donald Trump, because according to the White House, they are scouring people’s social media to make sure that they are not criticizing and have not criticized Donald Trump if they want a job within the White House.

Now, this is obviously not meant for any liberals or democrats who do not like Donald Trump that are applying. This is actually amongst republicans. They’re going through and making sure that some Ted Cruz supporter who didn’t like Donald Trump is applying for a job. They’re trying to make sure that somebody who wanted Jeb Bush to win the republican nomination isn’t getting a job in their administration. That’s what they’re looking for. Not necessarily do you like or dislike Donald Trump, but have you always been a Trump supporter?

Now, we have seen instances in recent years where employers have gone through people’s Facebook pages, Twitter feeds, Google Plus, if anybody actually uses that. They go through those to see what kind of person they are and the courts have said you can deny somebody a job or even fire somebody for what you post on social media, so that’s not necessarily the issue. Is an invasion of privacy according to me? I think it would be, but according to the US justice system, it is not.

But for loyalty, that’s what Trump is after. He wants to make sure that we do not hire in the White House anyone who is not 100% loyal and it’s creating problems for them. They’re having trouble finding enough loyal republican applicants to actually fill all of the positions that they have available in the White House. They’ve said that. They can’t find enough good republicans to do this. They can weed people out all they want, but if they’re looking for people that are 100% loyal to Donald Trump, pretty sure he’s gathered up the only people in the county that fit this bill and they’re the ones serving him every day.

The Kellyanne Conway’s, the Steve Bannon’s, the Steven Miller, Sean Spicer … That’s really about it. You’ve already drained that pool. You’re not going to get anything else out of it, so you may have to settle for somebody who’s only say, 95% loyal. Maybe the other 5% of him is loyal to the American public or to the constitution or just in general, to the rule of law. Because at this point, you’re not gonna find anyone else who is willing to just blindly serve dear leader, Donald Trump.