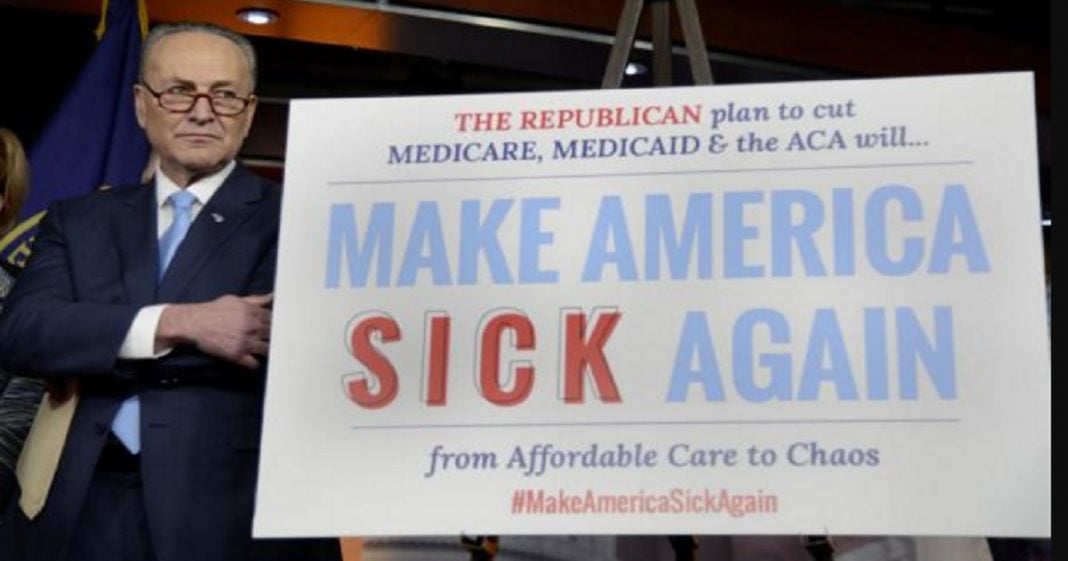 Donald Trump may have spent his entire life slapping his recognizable last name on anything and everything – Trump steaks, Trump wine, Trump Tower, Trump University – but when it comes to the new plan to replace the Affordable Care Act, he is reportedly not at all interested in branding it as yet another Trump product.

This week as the roll-out of the new healthcare plan continues, several White House spokespeople have been asked about the new plan and have denied any Trump-associated titles.

“I’ll call it Trumpcare if you want to, but I didn’t hear President Trump say to any of us, ‘Hey I want my name on that,’” Conway told Fox News. “We’re happy it is the American Health Care Act. This is serious stuff. This isn’t about branding according to someone’s name.”

Others definitively stated that it was not to be Trumpcare, but rather was to be called by its proper name – the American Health Care Act (AHCA). Of course we know that the current healthcare system, the ACA was dubbed “Obamacare” as a pejorative term for a healthcare plan that Republicans opposed. Unfortunately for Republicans, that title has mostly backfired.

From a business standpoint, the White House’s reluctance to label their healthcare plan seems smart; after all, the majority of the Trump-named products failed spectacularly – when is the last time you had a nice sip of Trump vodka alongside your well-done Trump steak after a hard course at Trump university?

But this refusal to embrace the healthcare plan with his own branding is likely a sign that even President Trump sees just how heavily flawed the new healthcare proposal is. While officials maintain that the POTUS embraces the plan with both arms, his relative silence on the subject is telling.

Meanwhile, critics of this administration say that they would rather the plan be called Republicare, so that when it fails spectacularly as it is expected to do, all of the Republican party will be held responsible. It’s a good idea, though the idea that we can irk Trump by calling this healthcare plan “Trumpcare” is almost too good to pass up.

Whether it be Trumpcare or Republicare, this health plan stinks.