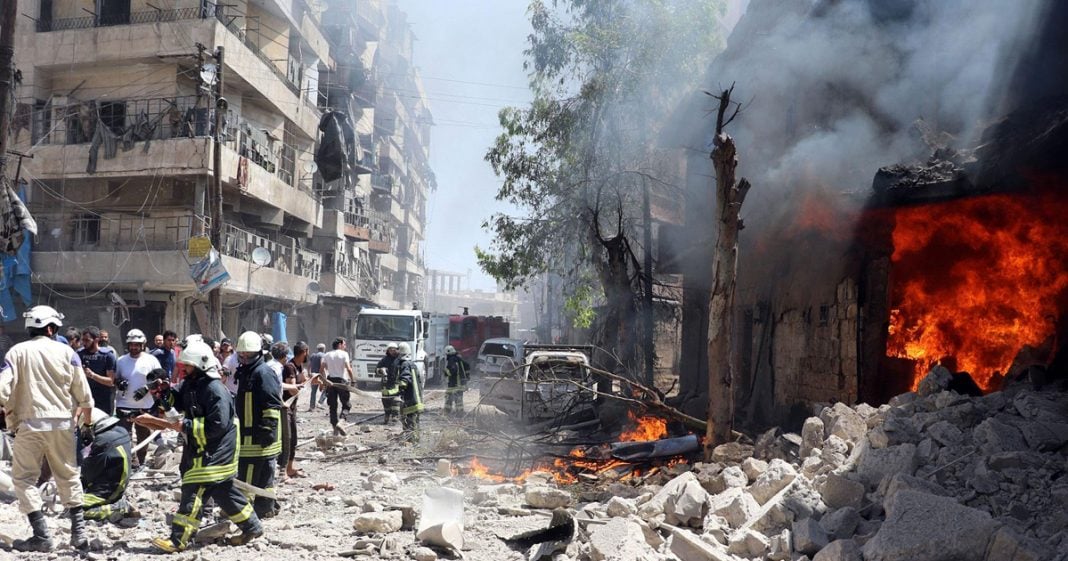 While on the campaign trail, Donald Trump enjoyed criticizing Obama for announcing military action in advance, but on Thursday, the White House did just that by stating that 400 more U.S. troops were to be deployed to Syria, doubling the number already in the unstable nation.

President Trump may have signed an executive order barring anyone from Syria entering the United States, but when it comes to the U.S. military, Trump appears eager to send our men and women to a country we have now declared open hostility towards.

Col. John L. Dorrian, a spokesman for the American-led command fighting the Islamic State in Iraq and Syria had this to say about the new additions:

“The exact numbers and locations of these forces are sensitive in order to protect our forces, but there will be approximately an additional 400 enabling forces deployed for a temporary period to enable our Syrian partnered forces to defeat ISIS in Raqqa.”

“The decision to deploy artillery mimics the approach taken in Mosul, Iraq, where American and French artillery have been supporting the Iraqi offensive to take the western half of the city.

In the case of Raqqa, the idea is that Syrian forces will do the bulk of the fighting on the ground but that Americans will assist them by providing advisers as well as firepower.”

Notably, it was military action in Mosul which inspired much of the President’s criticism of his predecessor’s military planning. Now, he appears to be doing the same.

This is a surprising shift from President Trump who not only promised to keep military action hush hush, but also indicated a reluctance and even outright refusal to engage the U.S. military in non-U.S. military actions. The “American first” president appears eager to engage in other nations’ conflicts if it will enable him to claim the badge of honor for fighting ISIS.