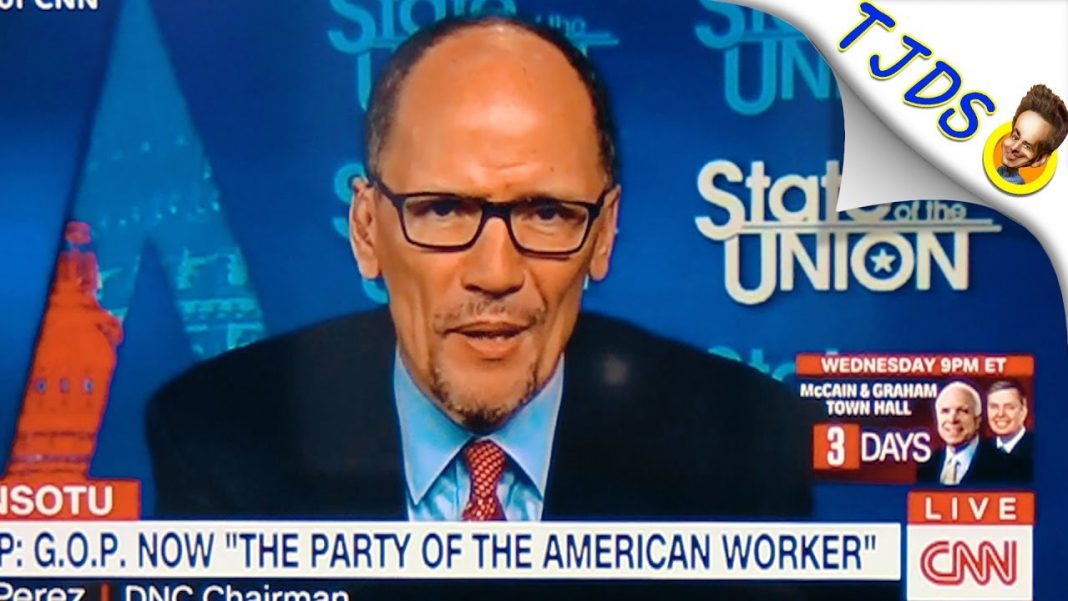 Right now, with millions of Americans fearful of President Trump’s administration, the Democratic Party has failed to gain any traction in their efforts to defeat him. It seems that their only plan for 2018 and 2020 is to tell everyone how bad Trump is. They offer no real solutions, just criticisms. Comedian and progressive activist Jimmy Dore highlighted this on Thursday’s episode of his YouTube show.

While the language is NSFW, he makes some excellent points (story continues after video):

There is no doubt that President Trump is dangerous. He’s unleashed a war on foreigners, attacked the media, and generally seems to be a bad human being. Meanwhile, the GOP is passing a health care plan that makes health care so tremendously bad that members of their own party hate it. With these terrible policies, it would be very easy to lay out a path to defeat the Republicans in 2018 and 2020. Unfortunately, it seems that the Democratic party is utterly incapable of capitalizing on the failings of the right.

The DNC is simply using buzzwords and emotions to fight a movement on the right that rallied support across middle America. Right or wrong, Trump’s promises of a better opportunity and a recommitment to domestic concerns resonated with millions of Americans. But, the Democratic Party and the corporate media think that the best way to defeat him is to state the obvious, “Trump is bad.”

You might think that it would be impossible to be viewed as worse that Trump, but somehow the Democratic Party has achieved that. MSNBC’s Steve Kornacki Tweeted out a Suffolk poll from Tuesday showing that more people have a favorable view of Trump than the Democratic Party.

Both Bernie Sanders and Donald Trump showed that their messages resonated with massive crowds of people. In packed arenas across the country, they laid out solutions to the problems faced by their supporters. Regardless of the validity of their policies, they appealed to fearful Americans.

Instead of simply copying Sanders popularity as a roadmap to victory, the Democratic Party continues to prop-up spokespeople that stand to protect nobody but the special interest groups and corporations that bought them. Trump promised to “drain the swamp” and people loved it because they are sick and tired of professional politicians working without the consent of the people – never mind the fact that he failed to uphold that promise. Meanwhile, the Democrats promised to keep the swamp well-stocked.

What progressives need right now, more than ever, is a platform. When President Trump fails to bring in new jobs, run to the people and show them exactly how you would have done better. When the richest Americans get tax breaks that only trickle down to Wall Street, get on TV with your alternative plan that bears a great name. Instead of just stating the obvious about Trump’s lunacy, show the country a better path. Without a message that progressives can rally around, Donald Trump will enjoy eight years of a friendly Congress and Supreme Court.