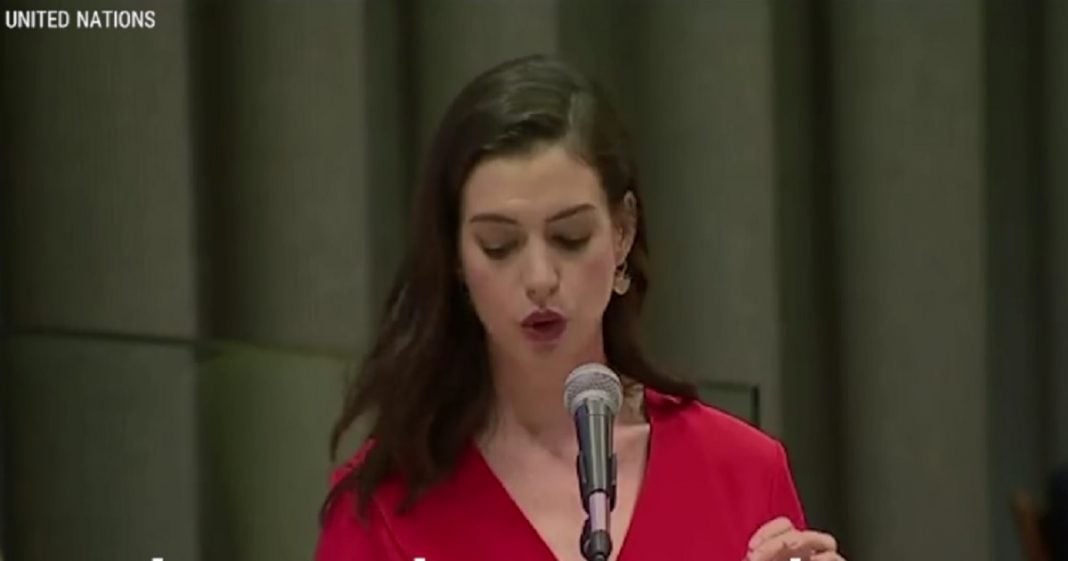 Celebrity and actress Anne Hathaway is the most recent in a growing trend of celebrities using their elevated platform to advocate for issues they most believe in. This week, Hathaway used her notable name to speak before the U.N. and call on the United States to join the modern world and provide paid parental leave to parents.

Just like access to healthcare, medical, vacation, and parental leave are issues that the United States is woefully behind in the context of the developed world.

In her address, Hathaway notes that one in four American working mothers are forced to return to the workforce just two weeks after giving birth, long before their bodies have fully recovered from the trauma of birth. Requiring a mother – and even a father – to return to the workforce so soon because of lack of funding means that precious time for bonding is forever lost.

Hathaway noted that even when mothers do have the economic means to take a full 12 unpaid weeks after having a child, most don’t because of the stigma associated with it – economic punishment. The United States is one of the few developed nations in the world that do not prioritize workers’ rights in this regard – while other nations give their citizens weeks of paid vacation time, mothers in America must struggle to make ends meet, compromising with unpaid leave.

Out of nearly 200 nations surveyed, 86% provide some sort of paid leave to mothers – our nation has nothing on the books requiring employers to provide even a single day of paid maternity leave, much less parental leave for fathers.

Hathaway does mention the role of fathers and the need for them, too, to be given paid parental leave. After all, if our government prioritizes the parental rights of women over men, how can we work toward correcting damaging stereotypes about men and women’s roles in parenting as a whole?

Just like universal healthcare, it makes absolutely no sense that a nation as wealthy and advanced as ours has not yet realized that all parents deserve to take off time to be with their new family member. After all, there is no crime in having a child, so why are we made to feel punished for simply engaging in the most base and simple aspects of being a living creature?
Watch.