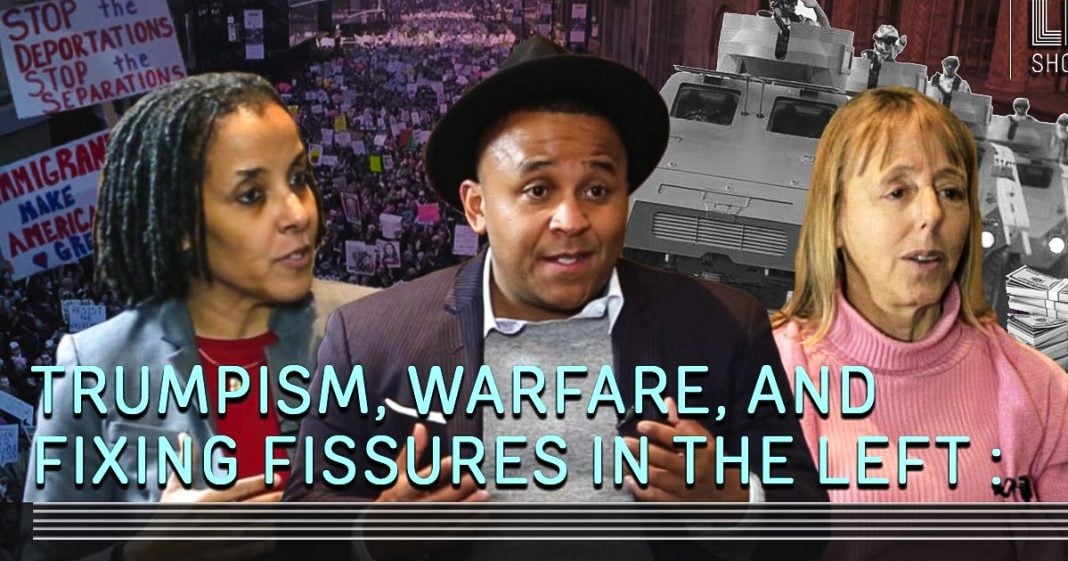 Donald Trump’s tweets and divisiveness on Capitol Hill tend to draw the money media in and hold them there, but if progressives and the Left focus only on the beltway and the binary party debate, we’ll never escape.

Why not paper over our differences, if it will result in unity? What’s happened to the anti-war movement? Where’s the more expansive vision of the Left? And what’s it got to do with immigration, trade and sanctuary?

Rashad Robinson is the executive director of Color of Change, the nation’s largest online racial justice organization (also featured in Ava DuVernay’s film “13th.” ) Kica Matos is the Director of the Immigrant Rights & Racial Justice program at Center for Community Change | Medea Benjamin is the co-founder of Code Pink, an NGO for peace movement working to challenge militarism, end U.S. funded wars and occupations. Her book, “Behind the U.S.-Saudi Connection” is out now.