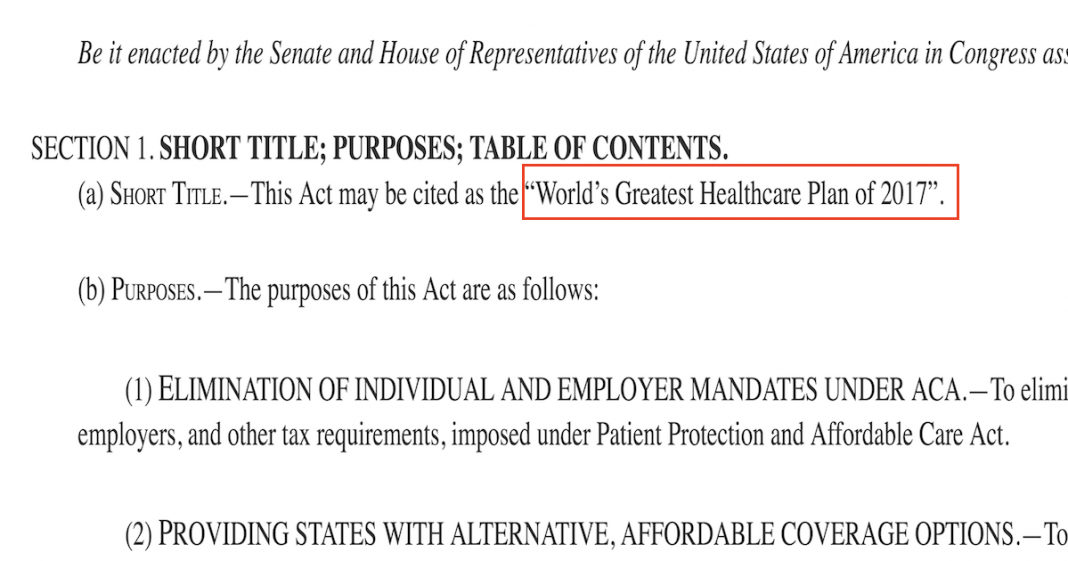 Following Monday’s rollout of the GOP’s plan to repeal and replace the Affordable Care Act, various committees got to work today to mark-up or amend the new American Health Care Act. While the overall plan is moving through the committee process, several other related bills will be considered and possibly borrowed from. These bills were introduced either as other alternatives to the Affordable Care Act or as pieces of legislation aimed at individual elements of law. They will likely not pass in their current form, but will be discussed in committees as part of the overall health care reform debate.

One such bill is HR 1275. Introduced last week by Texas Republican Rep. Pete Sessions, HR 1275 is attempting to overturn the individual and employer mandates of the ACA, while turning over more power to the states to offer more competitive health care. Overall, the bill appears to be another version of more right-leaning plans that have been floated over the last seven years.

However, there is one part of the bill that provides a vast amount of intrigue. In Section 1a we find the bill’s “short title.” Congress uses the short title instead of having to continuously say “HR 1275.” This bill just happens to have the epic title of “World’s Greatest Heathcare Plan of 2017.”

Imagine in the House Ways and Means Committee the debate between the Affordable Care Act, the American Health Care Act, and the World’s Greatest Healthcare Plan of 2017. Saying nothing of the content of the bill, it will at least ensure people pay attention. As a marketer, Rep. Sessions earns some points.

While I laud Rep. Sessions’ creative titling and enjoy making light of the silly title, it just goes to show how ridiculous this whole mess has become. We have long thought that our lawmakers are disconnected from their constituents and are unable to take the gravest matters seriously. To them health care reform is just another bill, beset with procedures and clauses, but to the citizens of this country, it is literally life and death.

We have gotten to a point where we have a reality TV star in the White House tweeting wild accusations while Congress is busy taking the serious matter of solving our healthcare woes and giving it goofy names. I wish I could say this is all a joke, and to Rep. Sessions it may be. But this country has some serious issues that I just can’t find funny.