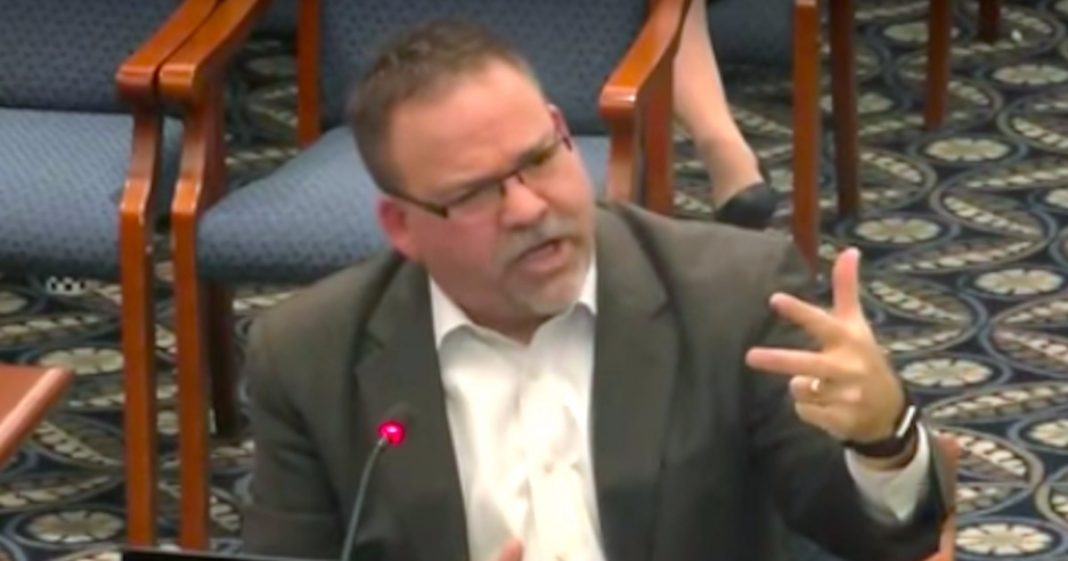 “I wanted to, you know, I wanted to shake her, like I like to shake my wife, when every option in front of you is, you know, not possible. They’re all equally unattractive to you. Like when I ask her where to go to dinner, she says, ‘Anywhere,’ and I say, ‘Steak ‘n Shake,’ and she says, ‘Not Steak ‘n Shake.’

In the wake of the comments, Naeyaert resigned from his post on Monday. In a social media posts, Naeyaert called the statement “a poorly-worded ad-lib and bad analogy.” He says that he offered apologies to both his wife and Baker, detailing that, “neither of them interpreted my comments as literal.”


On Monday, The GLEP released a statement to announce Naeyaert’s resignation saying,

“GLEP appreciates his nearly four years of leadership and passionate advocacy for school choice, and we wish him the best in his future endeavors.”

“For the first time during his career at GLEP, Gary Naeyaert has done the right thing by stepping down after his comments making light of domestic violence.”

The GLEP was founded by current US Secretary of Education Betsy DeVos and her husband Dick in 2011. The DeVos family has donated hundreds of thousands of dollars to the organization that claims to be, “a bi-partisan, non-profit advocacy organization supporting quality choices in public education for all Michigan students.” The GLEP has worked in Michigan to open more charter schools and promote school choice.