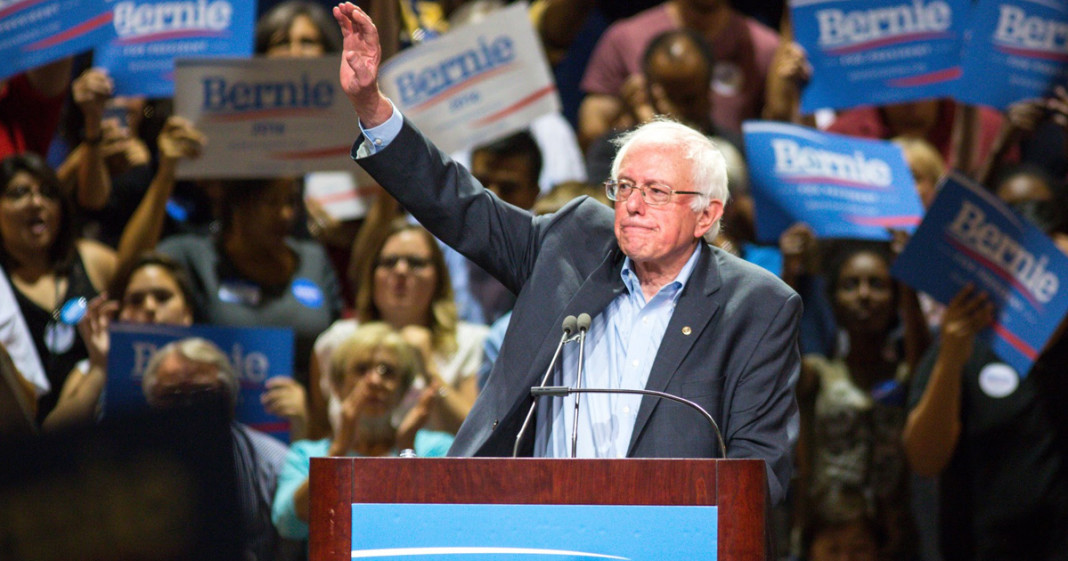 While politics today are about as bad as they can be, it was just a year ago that the progressive movement – our revolution – was brought to its unforgettable peak when Senator Bernie Sanders unexpected dominated the Michigan primary.

Today while scrolling through my Facebook feed, I was treated to a trip down not-so-distant memory lane in the form of a NowThis video from producer Armand Aviram that was made exactly one year ago today. The subject was the shocking and unexpected upset by Senator Bernie Sanders in the Michigan Democratic primary.

In the March that we are all slogging through now, most have no time to reminisce about this time last year amidst the endless fights for basic rights – fighting to keep undocumented families from being torn apart, fighting to make it clear to Muslims worldwide that they are loved and accepted, fighting to protect transgender Americans, and keep the forward-turning wheels of progress from screeching to a halt – or even worse, rolling backwards.

And yet, is a rare treat to look back on a better, more optimistic time when we thought that our nation may be heading for a real, positive future rather than the regressive swamp we are in now. Last March represents, now, a shining beacon of what might have been. A unique time when millions of progressives were being actively inspired by a once-in-a-lifetime political movement that no one saw coming.

On that day, pundits on every network were utterly flabbergasted to see that Sanders ran away with the Democratic primary against establishment candidate Hillary Clinton. In a state that she eventually lost in the general election, Michiganers made it clear that they were ready for a Democratic Socialist at the helm.

Of course, the political high from this unexpected and delightful win was not to last long. Shortly after, Clinton began to gain speed again, and though Sanders fought valiantly, in the end, the machine of the Democratic party pushed Sanders and the bulk of his progressive movement into submission.

By the summer and the Democratic National Convention, most of us had reluctantly fallen into line behind Hillary Clinton after having been assured that she would most certainly defeat Donald Trump in the election. The revolution fought on, but the magic of that momentum was dimming.

We may have been sick of 2016 and the strain it brought us, but how I wish I could have bottled up the optimism and excitement we all felt on March 9, 2016 to save for the hard times ahead.