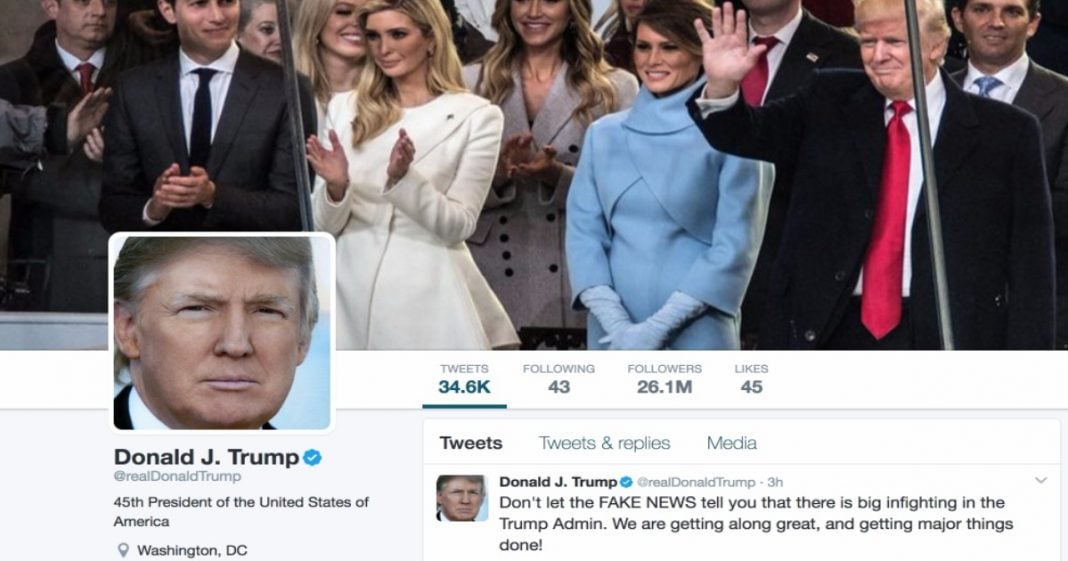 It seems that President Trump is getting his information from Fox News again, tweeting on Tuesday morning that, “122 vicious prisoners, released by the Obama Administration from Gitmo, have returned to the battlefield. Just another terrible decision!” And yet, the President fails to recognize that of the 122, 113 were released by the Bush administration.

“Fox & Friends” reported Tuesday morning that Yasir al Simli was killed US airstrike in Yemen. The report mentioned that al Simli was a Guantanamo prisoner, released under Obama. However, later in the segment, they noted “122 prisoners released from Gitmo have returned to the battlefield.” al Simli was the only one mentioned as being released under a specific administration. You can see the segment below (story continues after):

The Commander-in-Chief appears to draw the conclusion that all 122 of those prisoners were set free by President Obama’s administration, though that is simply not factual. NBC reporter Peter Alexander quickly proved the President wrong, by Tweeting out an intelligence report that shows the majority of Guantanamo detainees that have reengaged in combat were released “Pre-22 January 2009” which stretched only two days into the Obama administration.

The report details that 122 prisoners were confirmed to have returned to the battlefield, with 113 being released under Bush, and only 9 under Obama. Of the 122, at least 56, including al Simli, have been killed or captured. The January 22, 2009 date is significant because that is when President Obama signed Executive Order 13492, closing Guantanamo Bay’s detention facility. Despite the order, the prison facility still remains in operation.

Trump continues to spout purely false information on Twitter without regard for potential ramifications. Obama’s efforts to close the Guantanamo facility never came to fruition because questions remained over where to move the terror suspects housed there and Trump’s Tweet doesn’t help the situation.

Guantanamo’s detention facility had been widely condemned by human rights watchdogs for operating outside of the law. Terror suspects could be held indefinitely and tortured without ever being granted a trial. Trump has floated the idea of potentially housing “bad dudes” in the prison and returning to using “advanced interrogation techniques” otherwise known as torture.