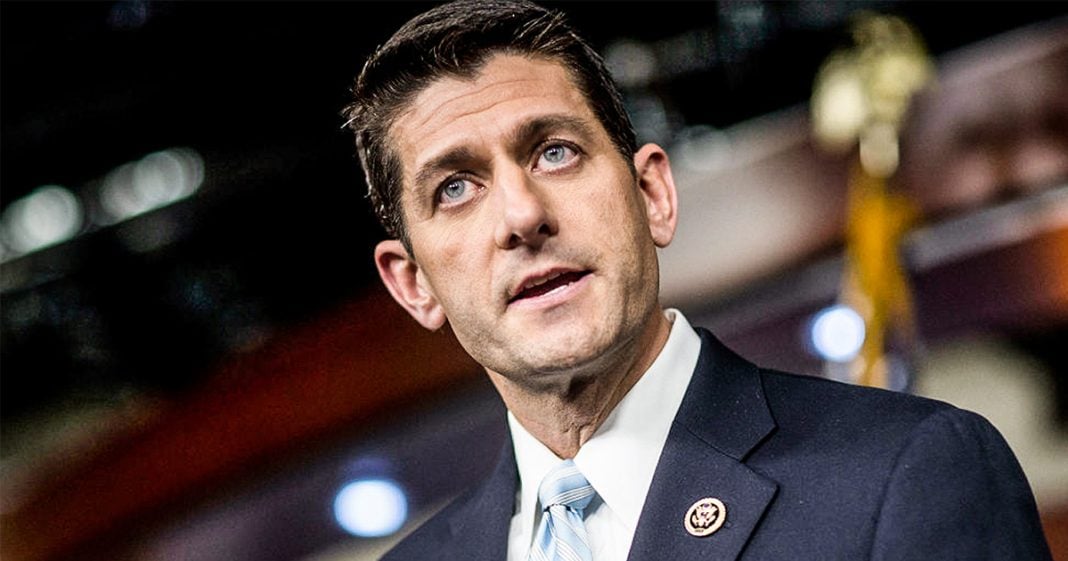 The Republicans in Washington have finally come up with a replacement for Obamacare, and they did it in just under a decade.  But their replacement plan is nothing to get excited about, and it will result in fewer people with insurance coverage and higher premiums for those who are already struggling. Ring of Fire’s Farron Cousins discusses this.

Now let’s start with the good things. It still prevents insurance companies from discriminating against people with preexisting conditions. That’s good. It allows kids to stay on their parents’ healthcare plan until the age of 26. That is good. That’s basically the end of the good things. Those are the only decent things from the Affordable Care Act that it saves. It’s going to allow the Medicaid expansion to stay in place for the next three years. Then after that they’re going to put a freeze on the Medicaid expansion which will prevent new people from signing up for it. Here’s the thing. The reason the Affordable Care Act was so effective in getting more people health insurance coverage, was because of this Medicaid expansion. They raised the cap on it to 138% above the poverty line. That’s what allowed so many lower income Americans to purchase low-cost health insurance. That’s why the insurance rates increased. Doing away with this or putting a freeze on it is going to prevent people from being able to buy into the program. It’s going to cause them to ultimately lose their health insurance coverage when the Republicans decide to lower than gap from 138% to closer to right at poverty level.

They also do away with any penalties for people who do not have health insurance, which one again incentivizes people to not purchase health insurance until they need it, a move that all analysts have said is going to drive up the premiums for everyone else. If people only buy health insurance when they’re sick and need it, they’re going to use it. Insurance companies are going to lose money. They recoup that by raising premiums on the rest of us. That’s what’s going to happen under this Republican plan. Furthermore, what’s going to happen here is that the Republicans have no plan in place to pay for any of this because they still are going to repeal the taxes that the original Affordable Care Act put in place in order to pay for the plan. Sixty percent of the Affordable Care Act was paid for by these taxes that the Obama administration put in place. Republicans want to do away with those, so we’re left with basically a $2 trillion question of how in the hell we’re going to pay for this stupid thing, but Republicans don’t care about that. They just had to shove something out in front of the American public, so that they would stop hammering them at town hall meetings and on Twitter and Facebook and stop them from calling their offices asking what the replacement plan is.

This plan, it’s not going to work. Rand Paul himself has said that this bill will never pass muster in the Senate, but Republicans were desperate to push out anything. They put together this crap piece of legislation that keeps the good parts of Obamacare, at least a couple of them. The rest of it is a giveaway to the already wealthy. The sick, the low-income American citizens, they’re going to be the ones that suffer under this, not the wealthy, not the Republicans, just the Republican base, essentially. Middle America, people who have lost their jobs as factories move overseas, those are the people that are going to be affected the most by this piece of legislation. The wealthy, the people that fund the Republican campaigns, they’re going to be just fine like always.