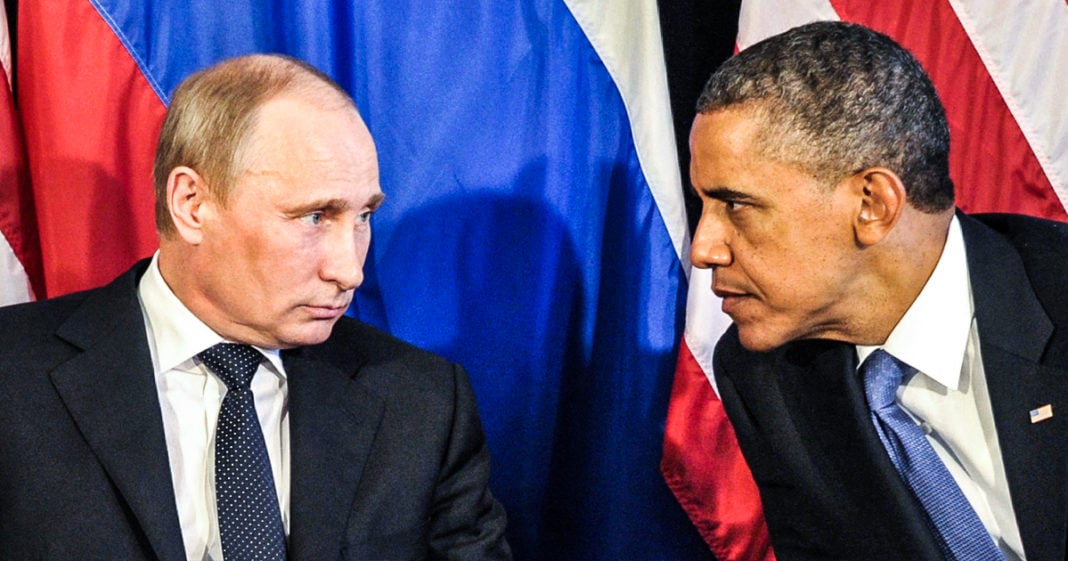 In a recent series of his endless paranoid rants, Donald Trump – whose Administration is under increasing scrutiny over its Russian contacts and alleged Russian interference with recent U.S. elections – posted pictures on Twitter of Democratic leaders meeting with Russian officials, calling them “hypocrites” and calling for investigations. Among those targeted were New York Senator Chuck Schumer, who actually had coffee and doughnuts with Russian President Vladimir Putin, and House Minority Leader Nancy Pelosi, who met with Russian ambassador Sergei Kislyak and other Russian officials in 2010.

News flash, Donnie: that is part of their job. Legislators regularly meet with foreign officials and, under certain circumstances, even heads of state. In fact, according to a foreign policy aide to late Massachusetts Senator Ted Kennedy, it isn’t unusual at all for U.S. legislators to meet with foreign ambassadors.

To quote former Indiana representative and House Foreign Committee chairman Lee Hamilton: “Congress is a partner with the president in the formulation of American foreign policy.”

There are also trade deals that get discussed, particularly when they affect a lawmaker’s home state. However, it should be noted that such meetings are usually not one-on-one, nor private. There are also very specific, if unwritten rules.  Hamilton points out:

“You must make very, very clear that you are not a negotiator, and that you do not represent the Administration – you represent the Congress. Very careful notes should be kept of the meeting. The meeting should be as transparent as possible, with note takers on both sides. If everybody recognizes their appropriate role, I think such a meeting would be proper.”

That is an important distinction. Last Friday in an interview with Politico, Pelosi denied ever having met with Ambassador Kislyak. However, a photo from a 2010 meeting told a different story.  What Pelosi meant and failed to make clear is that she had never met with Kislyak privately. The meeting that she attended also included Representative Steny Hoyer, then-Russian President Dmitri Medvedev and a number of other officials. In fact, the whole purpose of the Russian president’s visit was to meet with U.S. legislators. Everything was transparent and out in the open.

The same cannot be said for meetings between Jeff Sessions and Kislyak. Nor can it be said for the conversation between former security adviser Michael Flynn and the Russian ambassador – who reportedly entered Trump Tower through a back entrance. Similarly, one of Sessions’ conversations with Kislyak which took place in September during what CIA officials allege was the height of Russian operatives’ attempts to interfere with U.S. elections was held privately in the Alabama senator’s office.

If there was nothing untoward going on, why was Sessions not forthcoming about that meeting? For that matter, why was Flynn so clandestine about his own conversation with Kislyak?

Therein lies the difference. It is becoming apparent that the Trump Administration is hiding something. The only questions now are what are they hiding, why are they trying to hide it, and what – if any – will the consequences be?