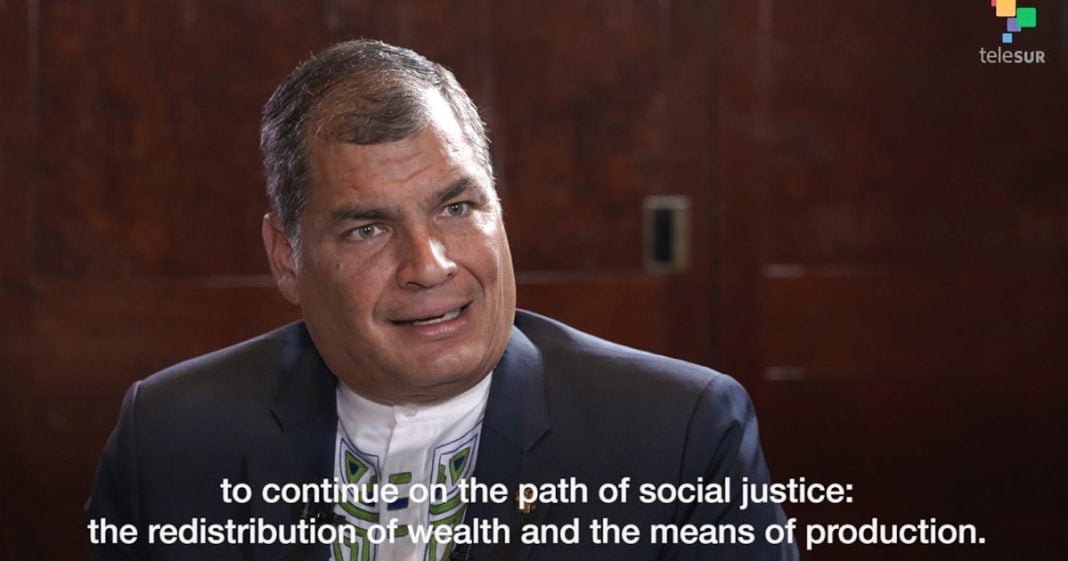 After 10 years and three terms, Ecuador’s President Rafael Correa’s time in office has ended. Under his administration Ecuador made far-reaching economic and social gains, despite having inherited a country on the brink of collapse.

In one of his last interviews before leaving office, Abby Martin talks to him about his legacy, his critics, and the struggle ahead for Ecuador and beyond.

From commenting on Trump and the global crisis of inequality, to addressing CIA plots and opposition in his own country, hear Correa’s last words as President to the people of Latin America and the United States.