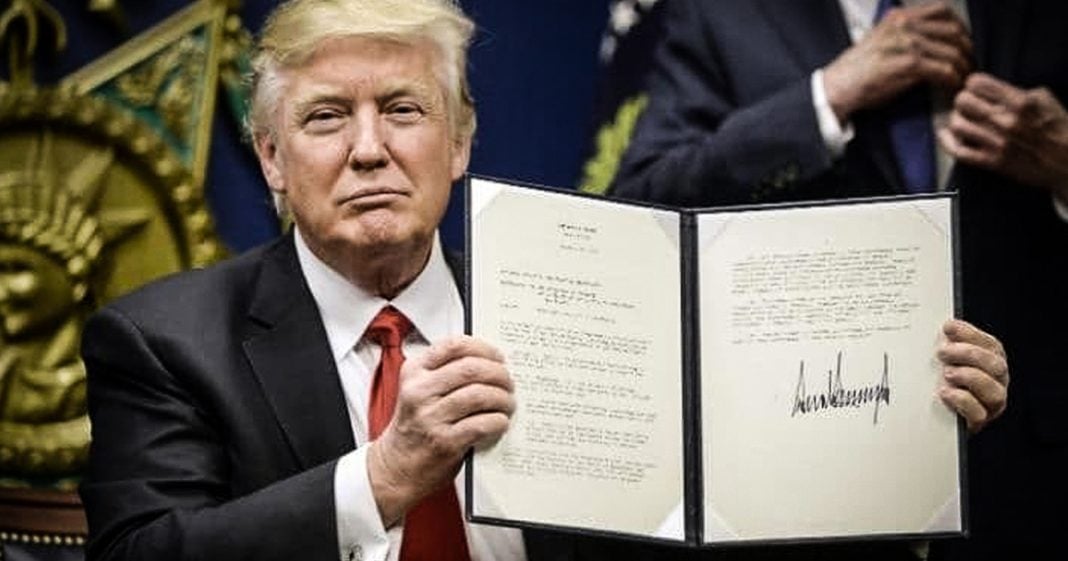 President Donald Trump is seeking to change the national conversation once more Monday Morning by signing an updated executive order on his second version of the controversial Travel ban, this time making some key changes he hopes will allow the ban to stay in place.

The POTUS signed his second so-called “Travel Ban” on Monday morning, sans the cameras and press fanfare of the first disastrous ban signed a week into his presidency.

In a White House-issued fact sheet on the new order, the POTUS says that the ban will be instituted against Sudan, Syria, Iran, Libya, Somalia, and Yemen.

The updated ban no longer indefinitely bans Syrian immigrants as the previous one did, as well as no longer including Iraq on the list of banned countries. The ban still unofficially bans nations that are Muslim-majority while purportedly claiming to be targeting nations “compromised” by ISIS activity.

The ban has left out Iraq in its second go-round based on commitments from the Iraqi government to be more open with the United States. Many who opposed the first ban did so in part because it interfered with programs in Iraq which promised U.S. visas to cooperative Iraqis who assisted U.S. troops in exchange for an escape.

The White House is hoping that the new ban will prevent much of the confusion faced in the first bill by offering exemptions for those with green cards and permanent visas from the banned nations.

By also giving foreign nations a month’s notice, the ban may not create as much airport controversy as the first. The ban will also take a week to be implemented, a break that the President claimed at first would only give “bad hombres,” a chance to flood into the U.S. before the ban is put into place.

The 90-day suspension from the first ban remains, with the continued assertion that the break is needed to determine the safety of these nations – of course the more than 30 days Trump has been in office should have been a good head start for the POTUS to “figure out what’s going on.”

Despite making these vital changes, the travel ban will no doubt be strongly opposed once again as the POTUS continues to allow religious discrimination under the paper-thin cover of “terrorism.”

By still refusing to include Saudi Arabia from the ban, the POTUS makes it clear that his ban is not interested in keeping terrorists out, but rather continuing the anti-Muslim sentiment that grows by the day.

In addition to those issues, Trump also has months of claims he made about banning all Muslims that fights against the new narrative. From a legal standpoint, there is no way to argue that the ban isn’t religious based if you look at the President’s history of speaking on the topic.

You can read the EO in full at the White House’s official website here.