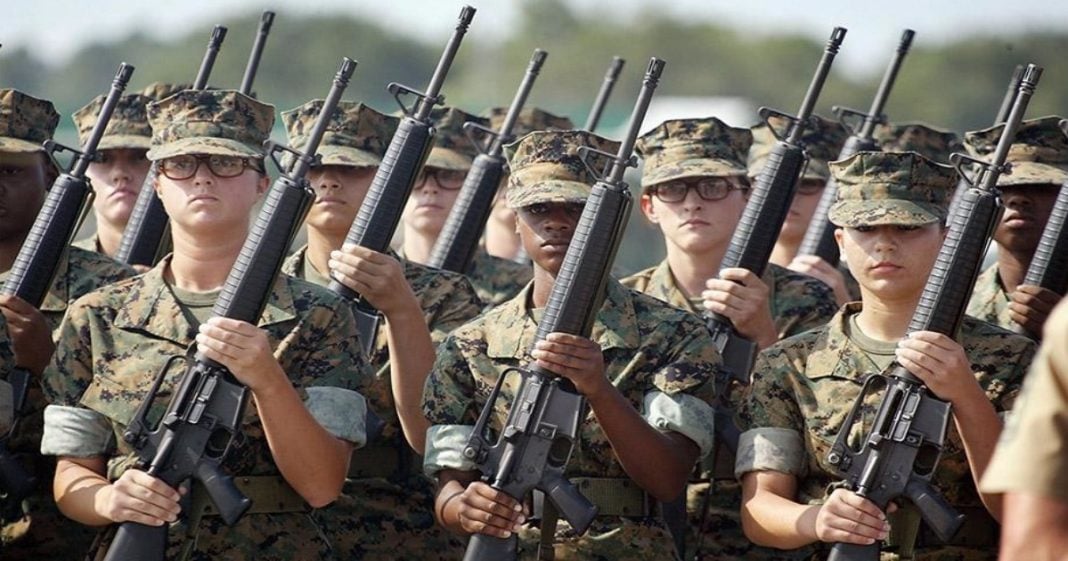 From the very first moment that the first female marine was admitted to the infantry, an aggressive sexual attack began to fester and grow among male Marines and veterans.

In a Facebook group and online network uncovered by watchdog group The War Horse, more than 30,000 active military and retired veterans were a part of an online photo-sharing group that passed around nude and semi-nude photos of female Marines along with vulgar and highly aggressive sexual messages.

Once the group, called Marines United, was brought to the attention of The Naval Criminal Investigative Service, the page with its many members was shut down and accounts that were found to have posted the images were deleted. A Google Drive containing the photos of many different female marines was also deleted.

According to the War Horse, five of the women they spoke to said that they believed past partners had shared the photos or that their accounts may have been compromised.

She said someone alerted her to the usage, and she found comments alluding to sexual assault and rape.”

An investigation has been started in reference to the large group and a spokesperson for the Marines said they were preparing to “support potential victims.”

Debates around allowing women in the military often center around their physical ability to complete a job, but this is the nefarious underbelly of progress – the military must do more and be more vigilant to protect its hard-working infantry-women from the illegal and violating behavior of its male infantrymen.