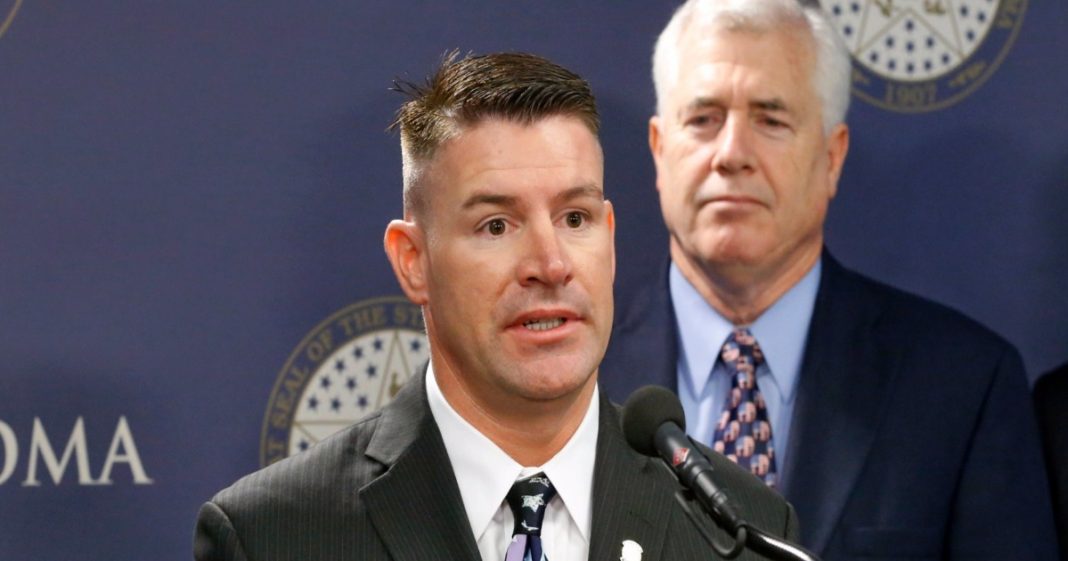 Last week, Muslims citizens were invited to visit the capitol in Oklahoma City, Oklahoma in order to meet with lawmakers and attend panels and speeches all dedicated to those of the Muslim faith living in the state.

But while the event was intended to be inclusive and open, an Oklahoma lawmaker made it anything but – State Congressman John Bennett of Sallisaw required any Muslim resident wishing to meet with him to first fill out a questionnaire which included questions like, “Do you beat your wife?”

When constituents approached Bennett to speak with him, the man who had previously called Islam “a cancer,” handed them the questionnaire and refused any meeting unless the forms were returned with handwritten responses.

Bennett, who has been a state congressman since 2010, reportedly sourced his questionnaire from anti-Muslim hate group Act for America. Act for America has already been defined as a hate group by the Southern Poverty Law Center, so it was no surprise that a list of questions compiled by them made sweeping generalizations about Muslims and asked offensive questions.

Also on the questionnaire were questions about whether the respondent believed that Muslims should rule over non-Muslims, an interpretation of Sharia law. The questionnaire also asked if the respondent agreed with the killing of non-Muslims. The heart of the questioning eventually forced respondents to answer about whether or not they felt that the Islamic religion could coexist with other religions based off of cherry-picked examples of conflict in the Quran.

Basically, this questionnaire would be like if a Christian were asked to defend the acts of genocide, filicide, stoning, beating, and outright murder that are scattered through the bible at a much higher rate than are in the Quran

Bennett should not have been able to refuse meetings on a religious basis – which is exactly what this was. By only issuing questionnaires to Muslim residents and then refusing meetings without a filled-out form (like this was middle school or the DMV), he was discriminating against his own constituency based on religion.